Zardari does not rule out meeting Nawaz despite cases framed by PML-N govts
23 Oct, 2018 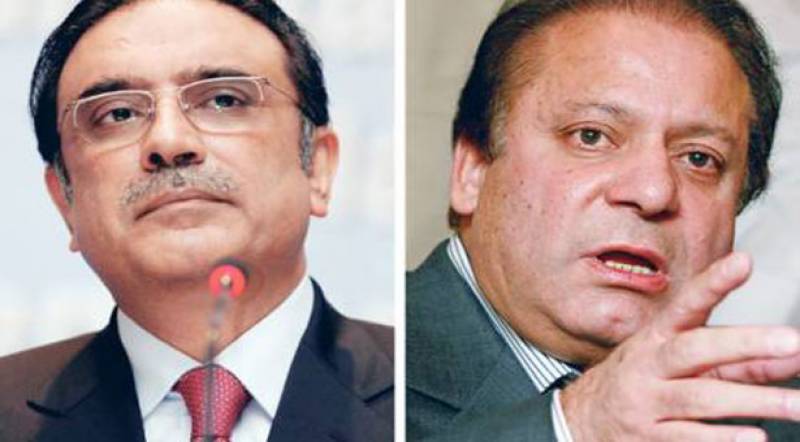 ISLAMABAD: Pakistan Peoples Party (PPP) Co-Chairman Asif Ali Zardari did not rule out a meeting with PML-N leader Muhammad Nawaz Sharif despite the fact that the cases faced by him were instituted by the Pakistan Muslim League-Nawaz (PML-N) governments.

Though there was a long list of grievances, including the court cases, even then his meeting with Nawaz Sharif could not be ruled out, he said responding to a question as to why differences between the two leaders were not being resolved.

Addressing a press conference along with PPP leaders here, former president Asif Zardari said the government should devise policies keeping in view the ground realities. It was the right time to decide in which direction the country was to be taken.

”We have to decide whether we want agriculture-based or industry-based economy. In my view the agriculture based economy is the best for the country,” he added.

He said the PPP government during its tenure had enhanced the support price of wheat. During that period there was bumper wheat crop and the country was in a position to export the commodity. However, unfortunately the PML-N government gave up the policies introduced by the PPP, he added.

Asif Zardari said the PPP government had inherited the economy in bad condition in 2008. “We accepted the challenges at that time and brought the country out of the economics crisis,” he added.

Counting his government's achievements, he said during the PPP’s five-year tenure, the agriculture policy was announced, friendship with China flourished and Gwadar deep sea port was developed.

Responding to a question, Asif Ali Zardari said he was not a beneficiary of the National Reconciliation Ordinance (NRO). The last chief justice, he said, had abolished the NRO and the courts had decided the cases in his favour. However, he said the Muttahida Qaumi Movement and some other parties were still the beneficiaries of the NRO, he claimed.