US led coalition bombarded a mosque in Syria
23 Oct, 2018 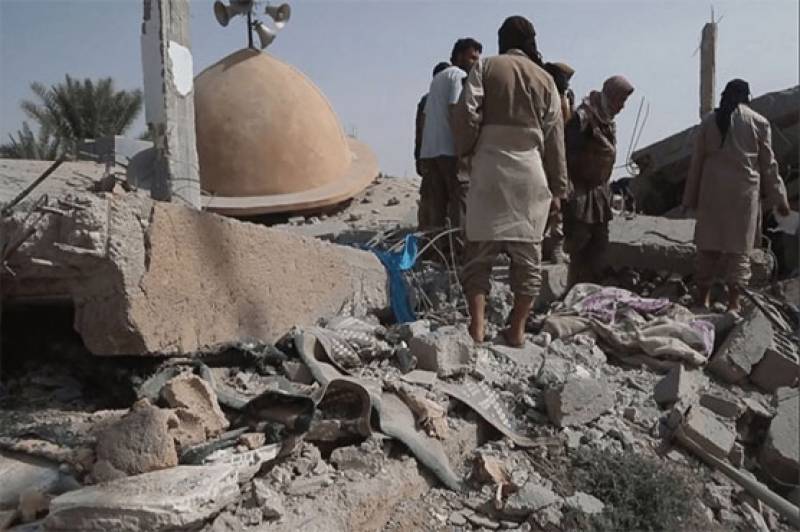 WASHINGTON - The US-led coalition fighting the Islamic State group in eastern Syria said Monday that it had bombarded a mosque believed to be a military command post for the jihadists -- the second such strike in a week.

The coalition said that on Monday, it had "destroyed several buildings" used by IS fighters to "launch attacks against Syrian Democratic Force partners" in the village of Sousa.

One of the buildings was a "mosque that was being used as a defensive fighting position and command center," it said in a statement, adding that several IS fighters had been killed as they fired on coalition forces.

It was the second mosque targeted by the coalition in four days because it was an alleged IS fighting station: a strike last Thursday

The US-backed Syrian Democratic Forces are battling the jihadists in the region. The SDF has chased IS out of swathes of Syria s north and east.

On Sunday, coalition spokesman Colonel Sean Ryan said a similar strike had taken place in Sousa on Thursday against a mosque being used as a "command and control center."

Ryan said "12 Daesh terrorists" were killed in that raid, using an Arabic acronym to refer to IS.

Religious buildings are normally protected under the Geneva Conventions, unless they are "used for military purposes," Pentagon spokesman Colonel Rob Manning said Monday.

"When ISIS deliberately chooses to use the building as a command and control facility, ISIS caused it to lose its protected status," he added.

According to the Britain-based Syrian Observatory for Human Rights, Thursday s strike killed 18 civilians, including seven children, all of whom were related to IS jihadists.

It said 11 IS fighters were also killed in the raid.

The coalition says in both cases, only IS fighters were present.

The jihadists are the "military targets," Manning said. "They re nasty, they re brutal. They re unethical and they certainly have no problem at all putting civilians at risk." - APP/AFP