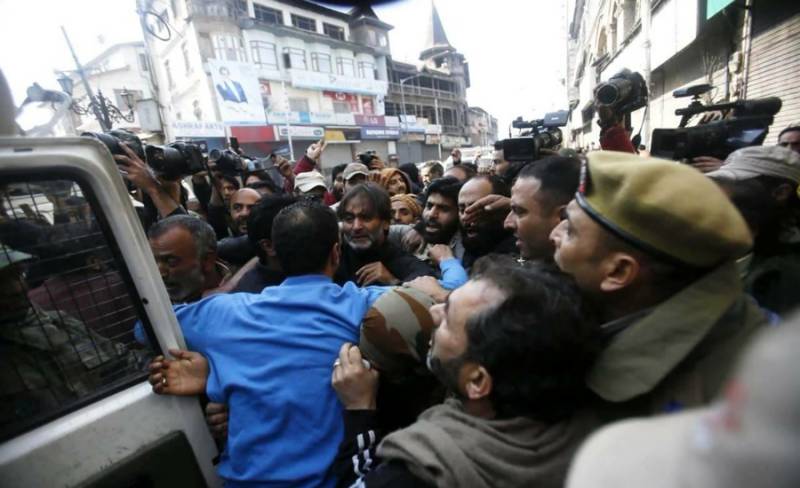 SRINAGAR (KMS) – In Occupied Kashmir, Indian forces arrested Hurriyat leader Yasin Malik along with several other Hurriyat leaders and activists to prevent them from leading a peace march towards Lal Chowk on Tuesday.

He with his supporters offered Fajr prayers at Koker Bazar masjid. As he tried to lead the protest towards the Lal Chowk, Yasin Malik was taken into custody along with his supporters by the Indian police. Addressing media persons before his arrest, the JKLF Chairman warned of strong agitation if the killings were not stopped in the occupied territory.

Hurriyat Conference Chairman Mirwaiz Umar Farooq was detained when he along with hundreds of supporters tried to march towards Lal Chowk, Srinagar, to participate in the sit-in protest called by the Joint Resistance Leadership against Kulgam killings where toll reached 10 and unabated state terrorism unleashed by Indian troops in every nook and corner of the territory. He was lodged in Nigeen Police Station.