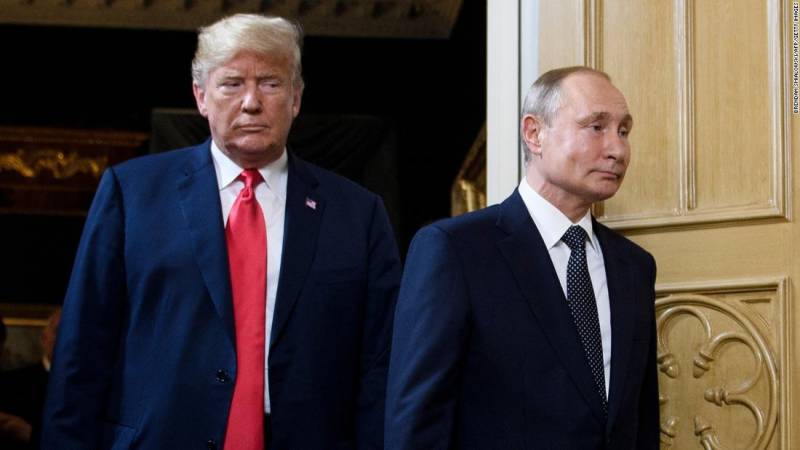 WASHINGTON: The weekend announcement by President Trump that the United States would pull out of a nuclear arms control deal has alarmed members of his own Republican party, who say it may cause the proliferation of dangerous weapons across the world.

The Intermediate-Range Nuclear Forces Treaty (INF) was signed in 1986 by then American President Ronald Regan and his Russian counterpart Mikhail Gorbachev. The treaty banned all land-based missile with ranges of 310 to 3,420 missile that can carry both nuclear and conventional warheads. The original treaty led to the destruction of 2,692 missiles between Russia and the US.

If scrapped, it would mark the first reversal by President Trump from an arms control treaty, months after he pulled out of the Iran Nuclear Deal, which was not the similar pact and was designed to prevent Iran from producing nuclear weapons.

Some Republican members expressed the fear that the decision to pull out of the treaty may upset other international pacts to control proliferation of the world’s most dangerous weapons.

“I hope we’re not moving down the path to undo much of the nuclear arms control treaties that we have put in place,” Senate Foreign Relations Committee Chairman Bob Corker (R-Tenn.) told CNN in an interview, describing as a “huge mistake”.

American has long accused Russia of violating the treaty, prompting calls from some defence hawks in the United States to end US participation. Many also argue that the treaty is obsolete as it doesn’t prevent China from building nuclear arsenal. China is not a signatory to the pact.

Arms control experts, the scrapping of the deal was not about Russia, but China as it would clear a path to boost America’s conventional forces in China’s backyard. The proposal to pull out of the INF would allow the United States to build conventional weapons currently banned under the agreement.

Mikhail Gorbachev, the former leader of the Soviet Union who signed the deal with Reagan, asked President Trump not to withdraw from the treaty, according to a news report. He warned that pulling out from the treaty would have far-reaching consequences.

US National Security adviser John Bolton, who is currently visiting Russia, was expected to inform about the decision to Russian President Vladimir Putin during a meeting expected this week.