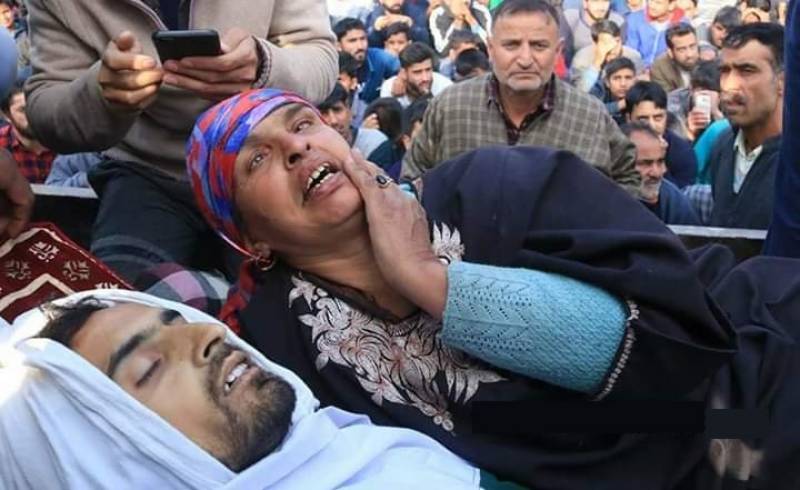 In a statement in Islamabad today, he strongly condemned the brutal killings of more than ten innocent Kashmiris by Indian occupation forces in their continued acts of state terrorism in occupied Kashmir.

Shah Mehmood Qureshi said people of occupied Kashmir are being victimized to quell their struggle for the realization of their legitimate right to self-determination.

Foreign Minister said Pakistanis mourn with their brothers and sisters of occupied Jammu and Kashmir on this unabated killing spree and salutes their courage and commitment for their casue.

Shah Mehmood Qureshi called upon the international community to take cognizance of human rights violations in Occupied Kashmir as well as the UN Report on Jammu and Kashmir, immediately urge India to stop bloodshed and allow UN Office of High Commissioner for Human Rights Commission of Inquiry to visit Occupied Kashmir and investigate the worst human rights situation there.