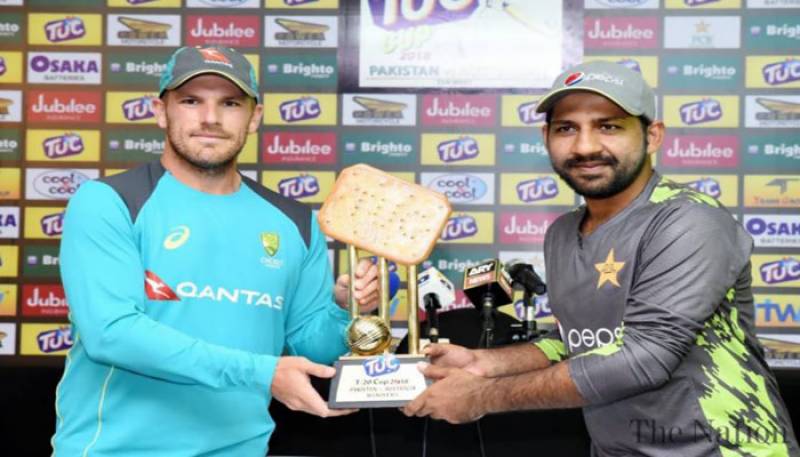 ABU DHABI - Pakistan captain Sarfraz Ahmed is confident his team can defend their world number one ranking in a stern challenge from Australia in a three-match Twenty20 series starting in Abu Dhabi on Wednesday.

Sarfraz led Pakistan to a tri-series triumph by beating Australia in the final at Harare in July this year and needs to win at least one match to remain at the top of the rankings.

Pakistan will be without senior batsman Shoaib Malik who was with his tennis star wife Sania Mirza in India for the birth of their first child.

"Malik will join the team on Wednesday but will not be part of the eleven, so we are ready for Australia who are a very strong Twenty20 side," said Sarfraz.

Australia, who beat Pakistan in the group match of the tri-series, need to win 3-0 if they want to jump from their current third position to the top.

Since Sarfraz took over captaincy, Pakistan have won 23 of the 27 matches they have played -- a momentum the skipper wants to maintain.

"We know that Australia have good bowlers like Mitchell Starc, Billy Stanlake and hitters in Chris Lynn and D´Arcy Short so we have to be at our best to beat them," said Sarfraz.

Stanlake took 4-8 in a lively spell in Australia´s victory in the tri-series group game.

Their Twenty20 skipper Aaron Finch said his team was motivated enough to win the series.

"They played some great cricket in the last two years in this format so I think it will be a great contest."

Finch played down the bounty of getting to the top of the rankings in case they win all the matches.

"I think any time you play anyone in a different country it´s massively important and everyone wants to win," said Finch, who has won eight of the 16 matches, losing the other eight since in charge for four years.

"If number one rankings are on the line or anyone down the list, each game is important. Everyone wants to win. I don´t think they need any motivation than that and we don´t need it."