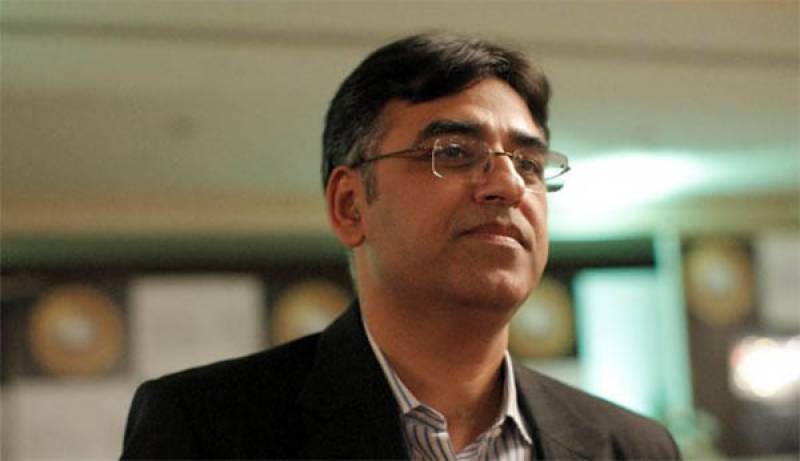 ISLMABAD - Addressing an event at the Pakistan Stock Exchange here, he said the market needed to be regulated but not over-regulated adding that ups and downs were common in businesses. Asserting that one should spend within their limits, Asad said, "I have to save Rs210 million Pakistanis."

“The media is portraying the country’s economy as collapsing but that is not the case. No alarm bells are ringing," he said, but went on to add that the financing gap this year was of $12 billion. "In the next seven to eight months, the US dollar will see a decrease of 26% to 27% against the Pakistani rupee," he said, adding, “Matters are coming under control".

"The current account deficit, which earlier rose from $2.5 billion to $18 billion, has started to decrease," the finance minister added. He further announced that measures were being taken to improve the stock exchange and there was an astounding growth in the stock market. "Doing business in Pakistan has become very expensive...[and] the environment for investment and business needs to be improved". He said the government will work on improving the capital market. He also said the government's target was to increase revenue.