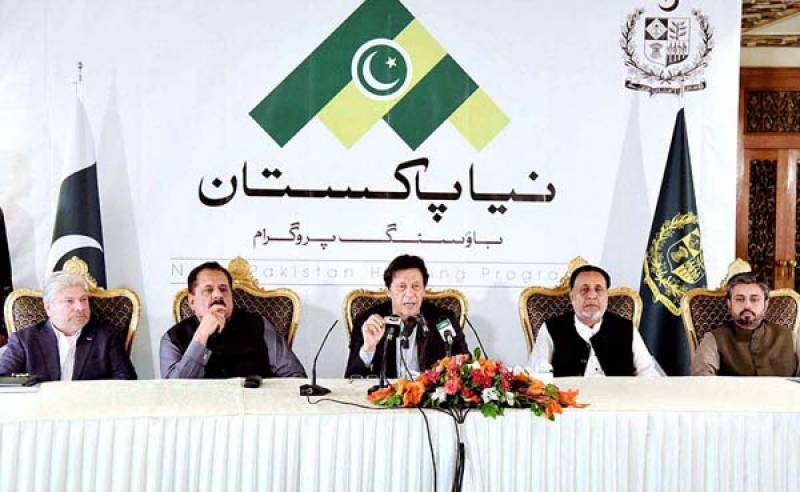 ISLAMABAD - Naya Pakistan Housing scheme has been expanded up to 19 cities to fulfill housing needs of the poor segments of the society.

“It has been decided to include two more cities from South Punjab namely Dera Ghazi Khan and Muzaffargarh in Naya Pakistan Housing Programme following which the number of total cities under this programme would be 19” the official source in the Ministry of Housing and Works told APP on Tuesday.

Initially, he said the this programme was launched in seven districts including Sukkur, Quetta, Gilgit, Muzaffarabad, Swat, Islamabad, Faisalabad, but it was further expanded to ten more cities including Lahore, Multan, Rahim Yar Khan, Layyah, Bahawalpur, Vehari, Kasur, Sialkot, Jhelum and Gujranwala. “Now it has been decided to include to Dera Ghazi Khan and Muzaffargarh in this programme,” he maintained.

He said that National Database Registration Authority (NADRA) has started accepting forms from citizens applying for a house under the Naya Pakistan Housing Programme from October 22 for seven districts announced in the initial phase. For remaining 12 cites, the process to submit registration form will start from January 2019, he added. It is worth mentioning here that 5 million houses would be constructed under this scheme and Federal Housing Task Force and the government of Punjab have completed the initial preparations for the project.

The scheme’s pilot project in various cities is currently underway and people would be greatly benefited from this scheme besides economic boom in the country, the source maintained. About setting up the Naya Pakistan Housing Authority, the source said the government would complete all requirements to set up an apex body till end of 2018.

Every requirement, whether legislation or registration within Securities and Exchange Commission of Pakistan, will be completed before end of 2018, the source maintained. A land bank will be set up till end of 2018 as suitable land sites were available with the federal and provincial governments, local bodies and private sectors. He said the government would facilitate the project with regard to the provision of land and the data bank of potential beneficiaries of the project will be developed with the help of the NADRA.

Applicants would be asked basic information like where they want to live and how much money they can pay per month in return for obtaining the house loan, the source added. According to website of NADRA, the candidates can submit forms until December 21 and the centres where forms can be submitted will be open on Saturday and Sunday as well.