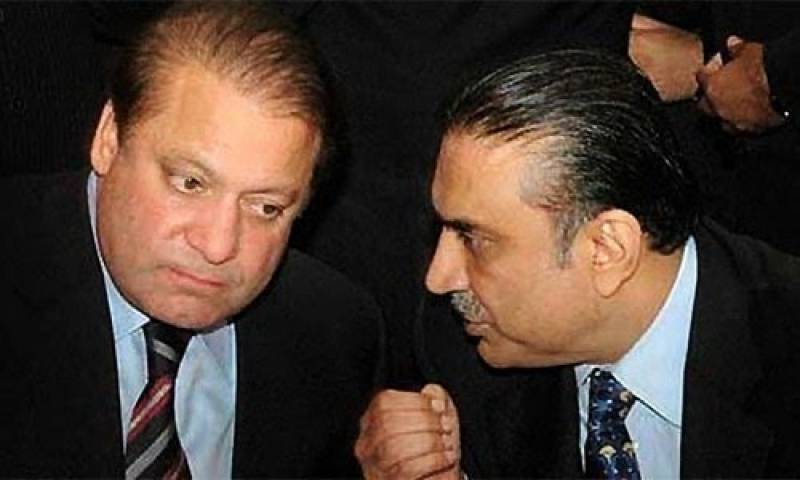 Nawaz Sharif was asked by a journalist that how does he perceive the political scenario in the context of opposition parties’ meeting to give a tough time to the serving government.

To which the supreme leader of Pakistan Muslim League Nawaz (PML-N) asked his party’s spokesperson Marriyum to respond.

She said that the political scenario is meant to change if the PTI’s government continues to run the affairs with incompetently.

Another journalist asked Nawaz, whether Asif Ali Zardari will meet him? and will he be ready to welcome PPP’s co-chairman?

Nawaz again redirected the question to Marriyum, who replied that the PML-N was reviewing the statement of Zardari on party’s level.