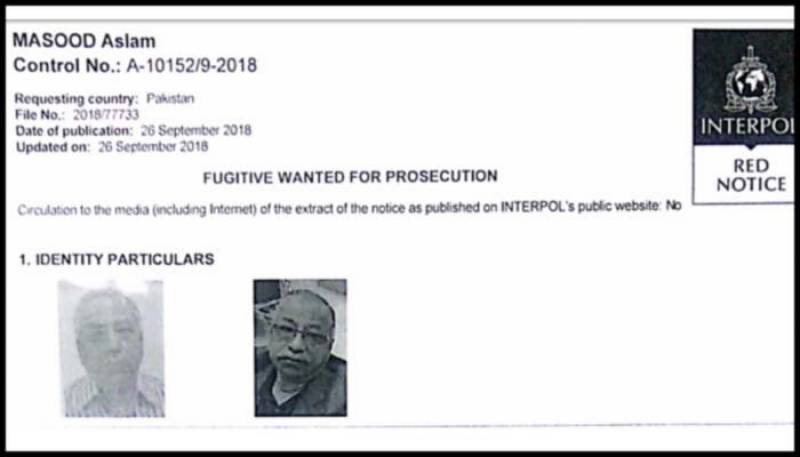 ISLAMABAD - A breakthrough has been reported in the biggest money laundering case in the history of Pakistan as the International Criminal Police Organization (Interpol) has arrested the mastermind of the case.

Interpol has arrested Omni group chief financial officer Aslam Masood in connection to a fake bank accounts case registered for laundering Rs35 billion out of Pakistan when he was boarding a flight from London to Jeddah on Tuesday, according to reports.

Federal Investigation Agency (FIA) is expected to form a special team that will take Masood into custody and bring him back to the country.

Masood’s arrest is considered an important development in the case registered by the agency which is investigating over 30 people in relation to money laundering from fictitious accounts, including Pakistan People’s Party (PPP) Co-chairman Asif Ali Zardari and his sister Faryal Talpur.