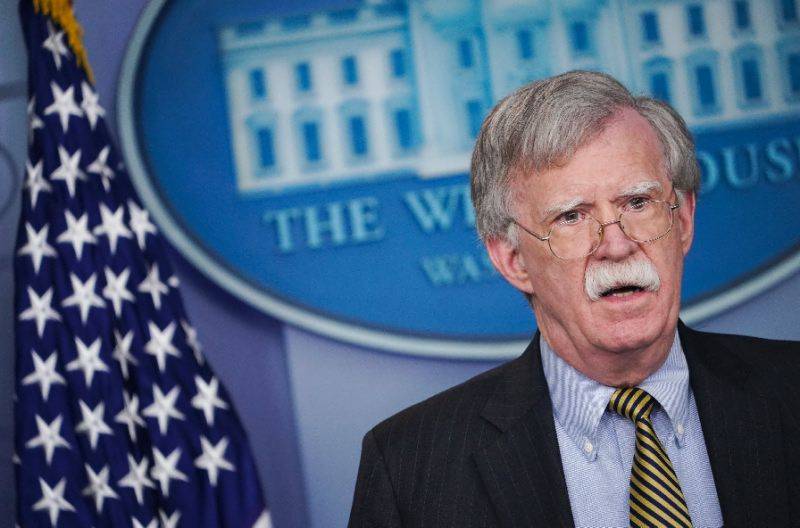 The Moscow visit by Bolton was planned before the Saturday announcement by President Donald Trump that the US was ditching the three-decade-old Intermediate-Range Nuclear Forces Treaty, known as the INF, which Moscow has already denounced as "dangerous."

The treaty was signed in 1987 by then US president Ronald Reagan and Mikhail Gorbachev, the last Soviet leader, who on Sunday said that "dropping these agreements... shows a lack of wisdom" and is a "mistake".

On Tuesday he may also speak about the treaty with President Vladimir Putin, according to Putin's spokesman, who said the Russian leader seeks "clarifications" about US intentions.

On Sunday, Lavrov's deputy Sergei Ryabkov warned that withdrawal "would be a very dangerous step" and said Washington faced international condemnation in its bid for "total supremacy" in the military sphere.

He insisted that Moscow observed "in the strictest way" the three-decade-old Intermediate-Range Nuclear Forces Treaty, known as the INF, while accusing Washington of "flagrant violations".

But Trump on Saturday claimed Russia had long violated the treaty.

"Russia has violated the agreement. They've been violating it for many years," he said.

"And we're not going to let them violate a nuclear agreement and go out and do weapons (while) we're not allowed to."

The row comes ahead of what is expected to be a second summit between Trump and Putin this year.

The Trump administration has complained of Moscow's deployment of Novator 9M729 missiles, which Washington says fall under the treaty's ban on missiles that can travel distances of between 310 and 3,400 miles (500 and 5,500 kilometres).