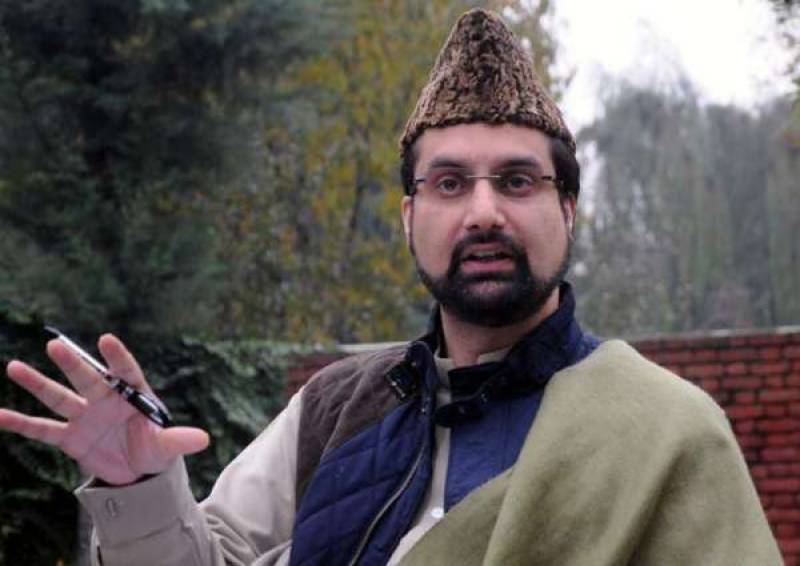 SRINAGAR - In occupied Kashmir, Chairman of Hurriyat forum, Mirwaiz Umar Farooq in a tweet appreciated the Prime Minister Imran Khan, for condemning the killings in the territory.

He urged India to resolve the Kashmir dispute through dialogue in line with the United Nations resolutions.

Indain authorities imposed stringent restrictions in Srinagar, today, to prevent a march towards Lal Chowk against the surge in killings and other repressive measures by the Indian forces.

Call for the march and a sit-in protest was given by the Joint Resistance Leadership to protest against the massacre of 10 youth including four teenagers by Indian troops at Laroo in Kulgam on Sunday.

Meanwhile, the Joint Resistance Leadership in a statement in Srinagar, today, called for a march towards Kulgam, tomorrow, to offer Fateha for the latest victims of Indian terrorism and express solidarity with their family members.

Earlier, the Leadership in a petition sent to the Secretary General of the United Nations, Antonio Guterres, urged him to play his role in ending the killing spree in the territory.