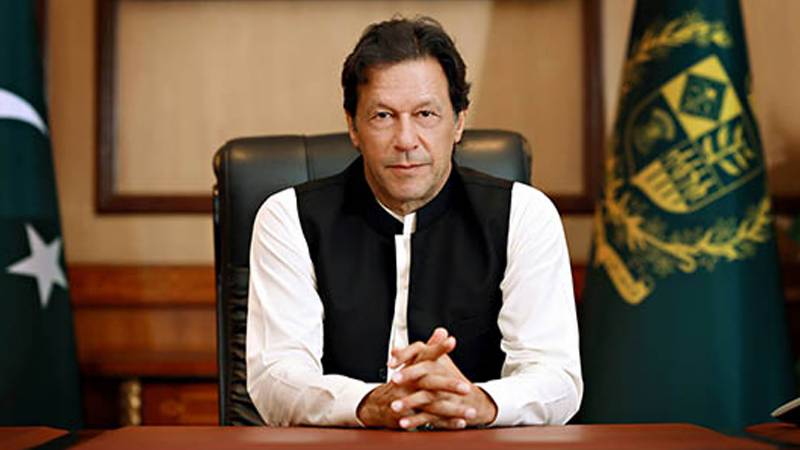 ISLAMABAD: Prime Minister Imran Khan on Monday said that China Pakistan Economic Corridor (CPEC) had given Pakistan an opportunity to really take-off because of the connectivity and investment.

“It has given Pakistan an opportunity to really take-off because of the connectivity and the investment that came in, the only investment and very cheap loans that came into Pakistan when no one else was giving us money,” Imran Khan said in an interview published in a British newspaper, The Independent.

To a question about his visit to Saudi Arabia in the aftermath of Khashoggi’s killing, the prime minister was quoted by The Independent as saying, “What happened in Turkey is just shocking, what can I say? It’s shocked all of us,” “But that aside, the reason I have to take this opportunity is because we are a country of 210 million people and we have the worst debt crisis in our history.”

“We are desperate for money,” Imran Khan said and added: “Unless we get loans from friendly countries or IMF, we actually won’t have foreign exchange to either service our debts or to pay for our imports, so unless we get loans or investment from abroad, we’ll have real, real problems.”

To a question about Pak-US relations vis a vis the situation in Afghanistan and Pakistan’s tribal areas after the 9/11, the prime minister said, “What should never happen again is that Pakistan, on anyone’s insistence, including the Americans, ever sends troops against its own people. What should happen instead is the only way out of this quagmire in which the Americans are stuck in Afghanistan.”

“Finally there is a realization now everywhere, the Americans and the Afghan government, that there must be a political settlement. Finally the Americans are also on the same wave- length, previously this was not the case. Finally talks have started with the Taliban.”

To another query, Imran Khan said, “I can tell you that under General Zia’s military rule there was less political victimization than in the last 10 years of Nawaz Sharif and [Asif Ali] Zardari.”

“The intentions of the Pakistani military are being misrepresented – in fact it currently promotes and safeguards civilian rule.

“The military’s role in politics depends on one man, the army chief,” Imran Khan said. “The establishment of General Bajwa is probably the most pro-democratic establishment in our history. I mean the way they have conducted the elections. The army was inside the polling stations and outside, they protected the election on the day.

“A lot of people were killed during the elections and I was under severe threats. It was the security forces which provided the security for me to stand up and conduct rallies, that is why this is the most pro-democratic institution under General Bajwa.”

Meanwhile, in another interview with an Arab newspaper “Middle East Eye” the Prime Minister said that “unless we get either loans from friendly countries or the IMF, we won’t have enough foreign exchange to either service our debts or pay for our imports.”

To a question about media in the country, Imran Khan said, “For the first time in Pakistan history government advertisements are given on a formula rather than on what the papers write.”

He said, “Previously adverts were given on the number of pro-government articles.”

The prime minister owed his eventual political success to the country’s thriving media industry. “I would never have succeeded in Pakistan if I did not have an independent media here, where I was able to put forward my views,” he remarked.