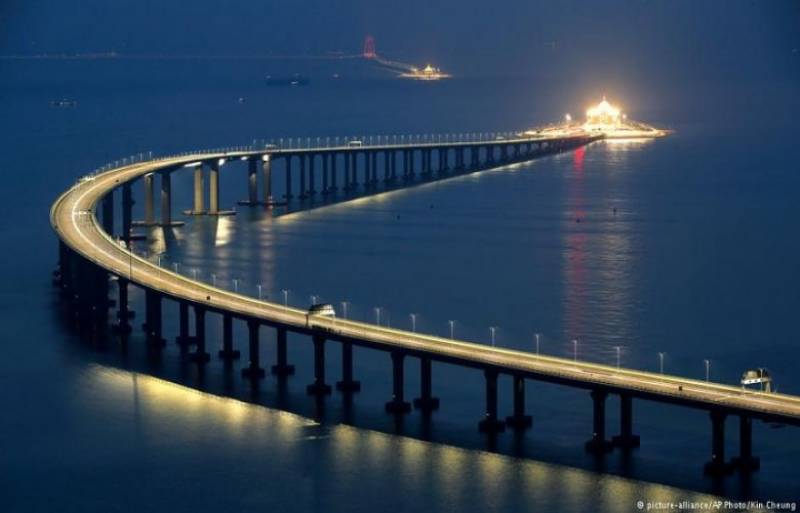 BEIJING - At 55 kilometers, it's the world's longest sea-crossing bridge and connects the semi-autonomous cities of Hong Kong and Macau with mainland China. But the project was hit by delays, cost overruns and safety concerns.

Chinese President Xi Jinping on Tuesday opened the Hong Kong-Zhuhai-Macau, the world's longest sea-crossing bridge that links the semi-autonomous cities of Hong Kong and Macau with the city of Zhuhai on the Chinese mainland.

Construction began in 2009 but the project has been dogged by corruption prosecutions and the deaths of workers. Delays and cost overruns caused the final price tag of the 55-kilometer (34-mile) bridge to total around $20 billion (€17.5 billion).

The bridge passes through the Pearl River Delta, an important manufacturing region, and is set to cut the time taken to cross the area from several hours to 30 minutes. Authorities will restrict access to the bridge to drivers who have applied for special permits.