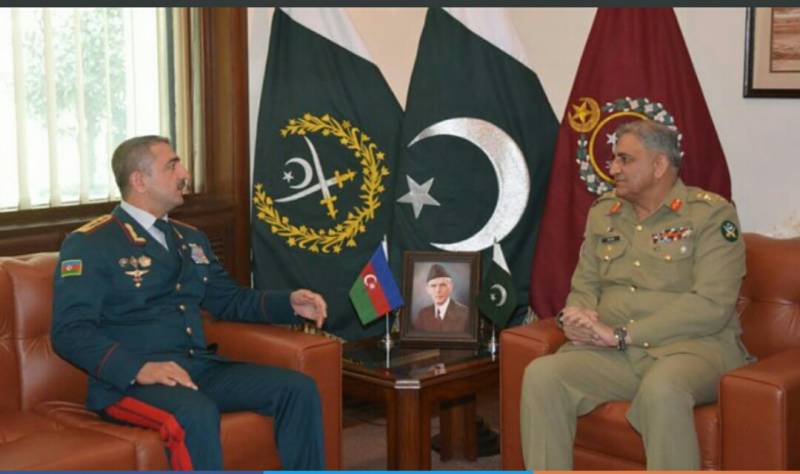 He called on Chief of Army Staff General Qamar Javed Bajwa at the General headquarters on Tuesday.

Inter-Services Public Relations said in a statement that the matters related to mutual interest and regional stability were discussed in the meeting.

The ISPR said that Azerbaijan’s COSBS appreciated the professionalism of the armed forces and its victories against terrorists.

Earlier, Colonel General Elchin Guliyev laid a floral wreath at the Martyrs’ Monument, upon arriving at the GHQ.

A smartly turned out contingent of Pakistan army presented the Guard of Honour to the visiting dignitary, added the ISPR.