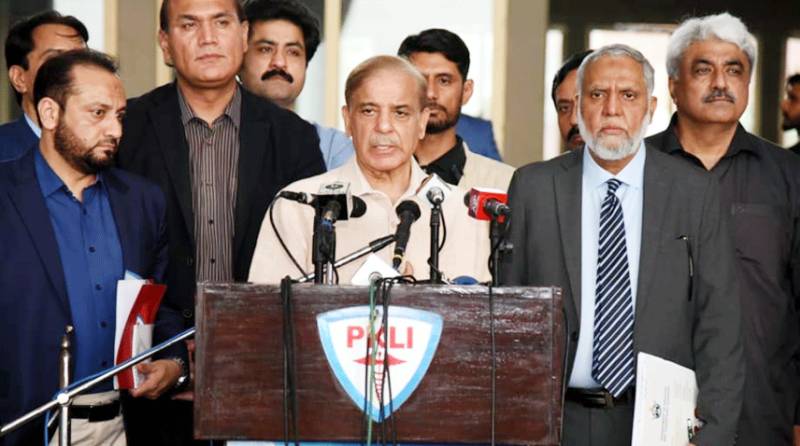 LAHORE – Soon after ousted former prime minister Imran Khan announced he would march on the federal capital Islamabad to rid the country of what he calls the imported government, Prime Minister Shehbaz Sharif said the nation would not spare Khan if he tries to instigate a civil war in the country.

Addressing a press conference in Lahore after visiting the Pakistan Kidney and Liver Institute (PKLI), the premier said that instead of working on development of the country, Khan focused on political vendetta in his tenure.

Censuring the PTI chairman, the premier said that Khan focused on cornering his opponents instead of building hospitals and roads or working for prosperity of the nation.

He said that thousands of people lost their means of livelihood but Khan, against his promise of providing 10 million jobs to the masses, could not deliver.

"Imran Niazi had nothing to do except for hurling abuses at his opponents," he said, adding that the man who claimed he would make a Naya Pakistan could not even provide a single subsidy to the masses.