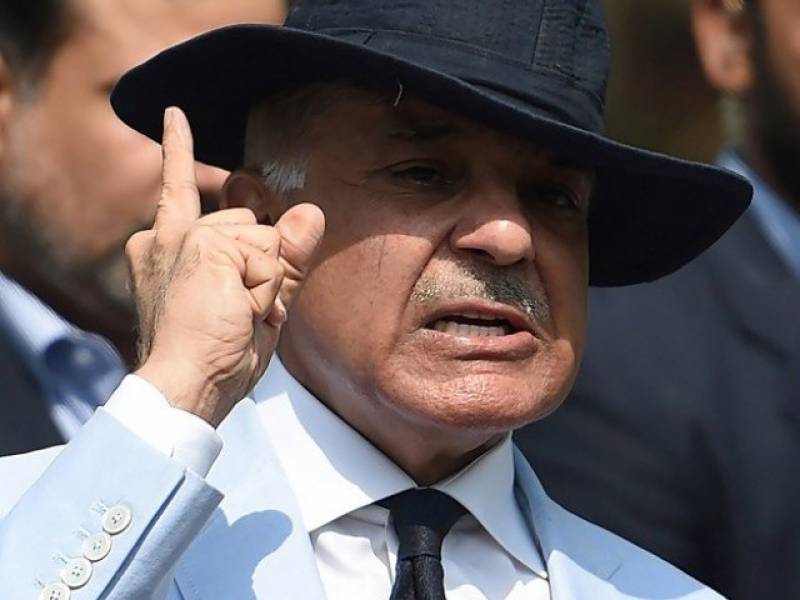 ISLAMABAD: Punjab Chief Minister Shehbaz Sharif has criticized Imran Khan and Asif Zardari for what he calls their politics of sit-ins and name calling.

“The people are fed up of their politics of deceit and allegations,” he said. “We have selflessly served the masses day and night”

He said the PTI government has ruined KP province. “They can’t befool the nation through their 100 days agenda.”

Mr. Sharif praised his government in Punjab and said it has already completed more than a thousand development projects of public welfare and totally revolutionized the health and education sectors.

“That is why I am of the opinion that work earns true respect and the allegations of Niazi cannot cause any damage to us,” he added.

The Punjab CM called Imran Khan and Asif Zardari political jugglers and said his opponents will continue to level baseless allegations and tell lies. “Our government has set a trend of hard work, honesty and trust while Niazi set records of falsehood.”

“He did not establish any hospital or educational institution in KP and their claim of producing electricity has also proved wrong.”

He accused former president Asif Zardari of “looting the wealth of the nation with both hands”.

Mr. Sharif said that NAB was a constitutional body and investigating corruption was its responsibility.

However, he said that accountability should be transparent. “And if it is done without transparency, questions will arise and the people will question the process.”