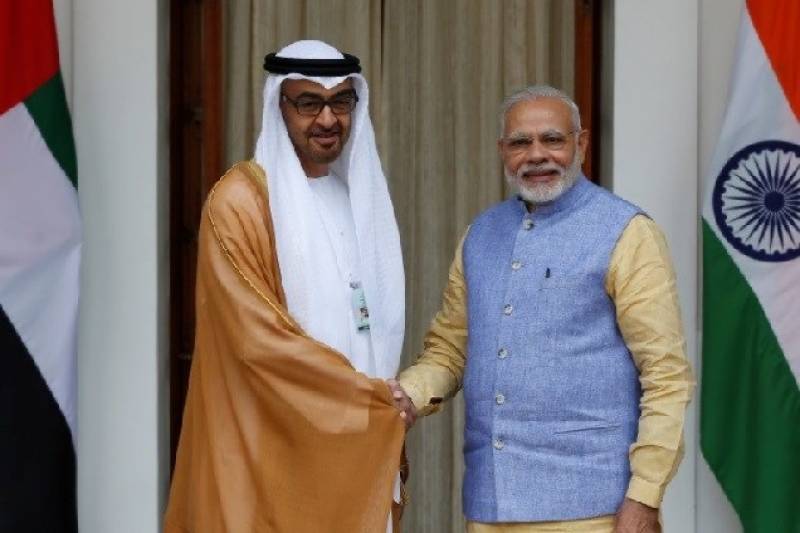 Delegations from Saudi Arabia, the United Arab Emirates (UAE) and Hong Kong on Tuesday joined an investment conference in Indian Illegally Occupied Jammu and Kashmir (IIOJK), and 2,000 acres of land have been allocated for the purpose.

As many as 30 members of different companies are currently present in the Himalayan disputed territory to review the opportunities of investment in the moot that will continue for three more days, *BBC Urdu* reported link.

He added that the locals too can take decisions regarding their land after due changes in the land laws.

The delegations from the aforementioned countries are reviewing the investment options at a time when the OIC foreign ministers are in Islamabad for a crucial meeting of the bloc on IIOJK and other issues facing the Muslim world.

It is pertinent to mention here that the Indian government has been making attempts for the past two years to attract investment in the occupied region, but these efforts have been limited to Asian countries and the US, the UK or other Western countries have not shown any interest in the same.

The Modi-led government holds the stance that envisaged prosperity in the region will end joblessness in IIOJK and the youth will then refuse to become a 'part of the anti-state government.'

On August 5, 2019, India made an announcement that sent shock waves across the world. The Hindu nationalist government stripped occupied Kashmir of its semi-autonomous status guaranteed under Article 370 of the Indian constitution, as part of the plan to change the region's demographics.

The move finally gave all the imprimaturs the Bharatiya Janata Party (BJP) needed to not only give the decades-old brutal genocide legal permissibility but also extinguish whatever faintest possibility was left of holding negotiations with the separatists.