PM Imran Khan refuses to resign, vow to show his trump card a day ahead of no confidence vote
23 Mar, 2022 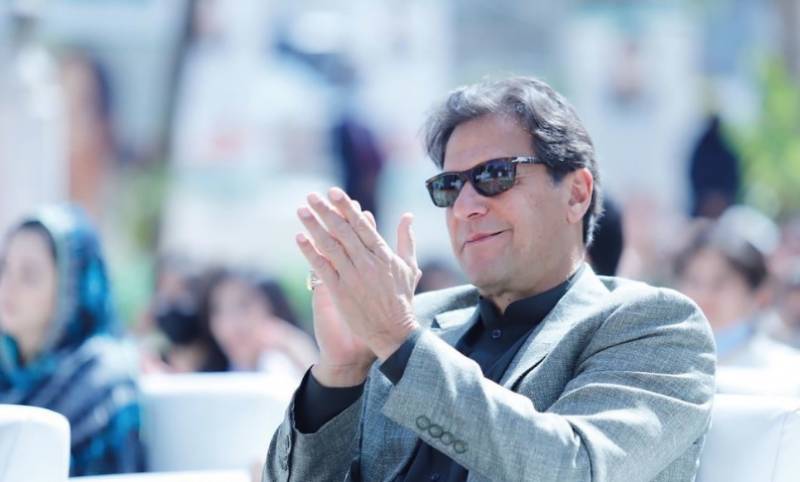 ISLAMABAD – Prime Minister Imran Khan on Tuesday negated any possibility of stepping down from premiership and announced to show trump card a day ahead of a no-confidence vote.

In a meeting with the media correspondents of the Supreme Court, the premier said opposition leaders mistook him that he would step down and go home.

“Should I quit on the demand of these thieves,” he asked while posing full confidence to win a no-confidence motion.

He continued saying that the opposition show its card before time saying the PDM alliance doesn’t even know how many people it will have left on the day of the no-trust move.

In an attempt to clarify the neutral remarks, Khan said his remarks were taken ‘out of context’. Adding that, he referred to neutrality in the context of good and evil.

Taking a jibe at opposition, PM said politics of PML-N and PPP evolved around hiding their theft while refusing to negotiate with ‘criminals’ like Shehbaz Sharif. It's time for JUI-F chief Maulana Fazlur Rehman to go home as Khan called him ‘12th player’.

Khan also defended Pakistan Army, saying state institutions were wrongly criticised. A strong army is a must for a strong state, he said, while adding that Pakistan would have been split into three pieces had it not been for the army. He also requested not to malign the Pakistan army for the sake of politics.