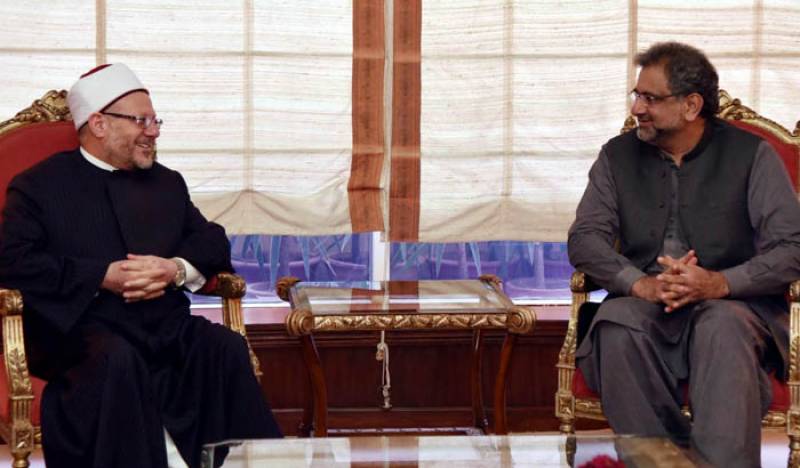 During the meeting Prime Minister Shahid Khaqan Abbasi said Pakistan and Egypt witnessed similar challenges including the issue of terrorism.

The Prime Minister said that the visit of Grand Mufti and his endorsement of fatwa against terrorism, pronounced by over eighteen hundred Pakistani Ulemas of all sects, would further complement efforts to fight war against extremist mindset.

Welcoming the Grand Mufti of Egypt to Pakistan, the Prime Minister further said that his visit would provide momentum to the efforts aimed at further strengthening of Pakistan-Egypt Bilateral relations and expanding mutual cooperation in all areas of mutual interest.