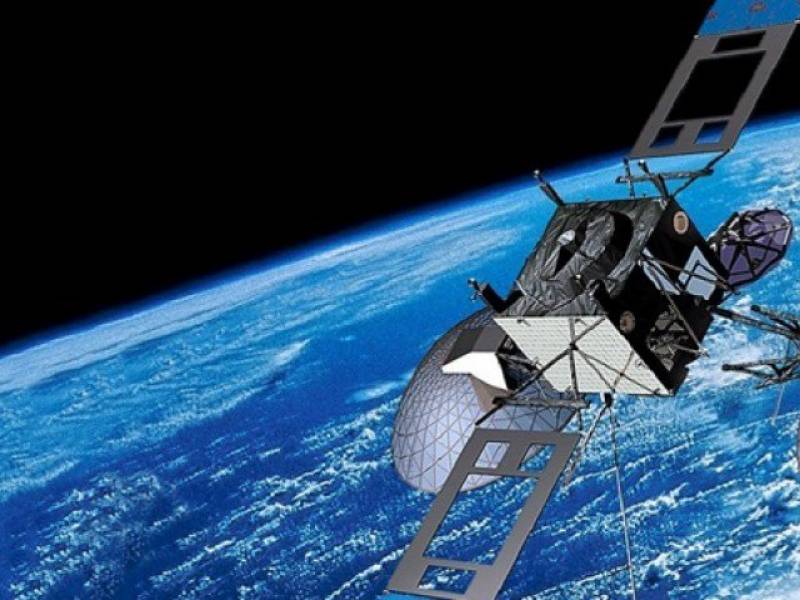 This communication satellite PakSat- MMI has arrived at Pakistan's geostationary orbital location of 38.2 East on Feb 27, said a press release.

Chairman SUPARCO Qaiser Anees Khurram along with officials from Planning Commission, SUPARCO and CGWIC were also present at the occasion.

This event marks a major milestone as Pakistan has now secured another geostationary orbital slot along with precious frequency resources ensuring a continuous and expanding foothold of Pakistan in space.

China is collaborating with Pakistan on various avenues including space technology and its applications. The successful implementation of Pakistan's first Communication Satellite (PakSat-1R) program has laid a very strong foundation between the two countries for future collaborations.

PakSat-MM1 satellite is a value addition in our geo-stationary fleet. This project paved the way for new communication services which will significantly assist in the socio-economic development of the country.

Another significant aspect of this program is that SUPARCO is collaborating a business venture with CGWIC on cost and revenue sharing basis through commercial contract.

Pakistan Multi-Mission Satellite will prove to be another major asset to initiate and expand various communication services including Direct To Hone (DTH).  APP/AFP