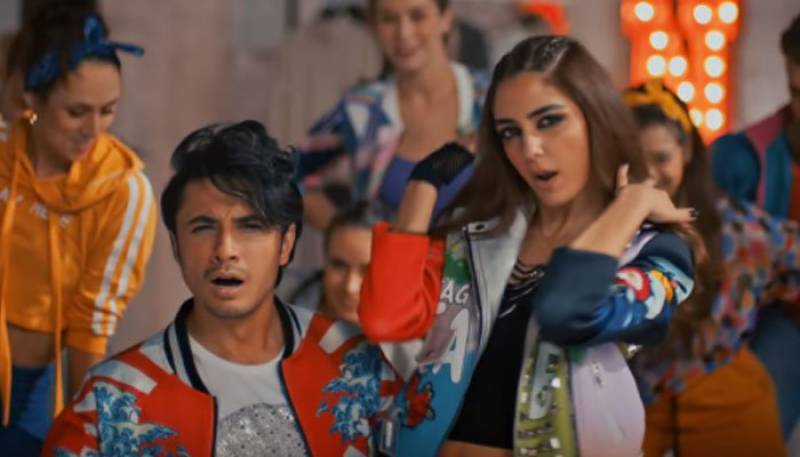 ISLAMABAD - The first song of the much-awaited Ali Zafar and Maya Ali starrer *Teefa in Trouble* has taken social media by storm.

The song *Item Number* was released on Friday during a star-studded event in Lahore and has since received over 200,000 views on YouTube.

Ali Zafar has penned the catchy number and sung it along with Aima Baig.

*Item Number’s* video captures the sizzling chemistry between Maya and Ali. The song’s video has been choreographed by Bollywood choreographer Feroz Khan.

Directed by Ahsan Rahim, the movie is slated to release on July 20.