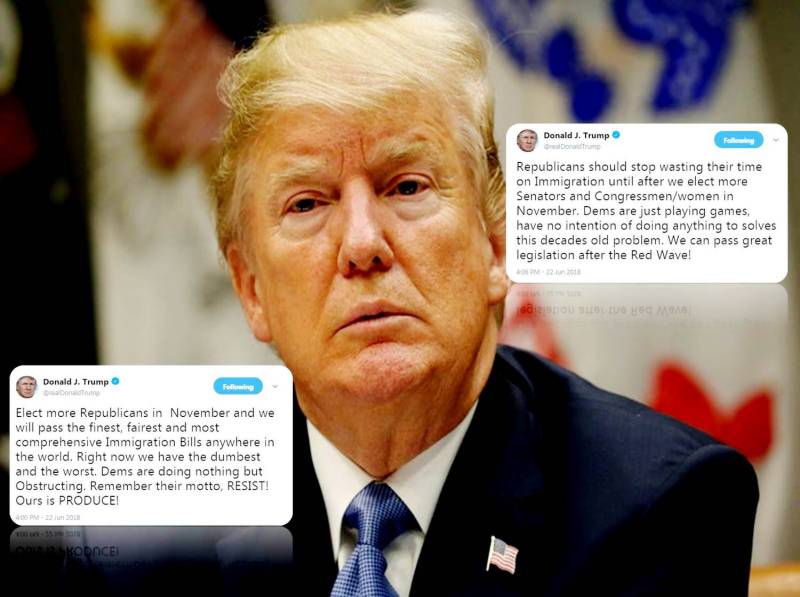 WASHINGTON: US President Donald Trump has urged Republicans lawmakers to drop their efforts to pass comprehensive immigration legislation until after the November elections.

Trump said on Twitter that elect more Republicans in November and we will pass the finest, fairest and most comprehensive Immigration Bills anywhere in the world.

The Republican president, faced with a public outcry over his policy that separated children from their migrant parents at the U.S. border with Mexico.

Earlier ,the U.S. House of Representatives rejected a bill favored by conservatives that would have halted the practice of splitting up families and addressed a range of other immigration issues.

The bill was defeated in a 231-193 vote, with 41 Republicans joining the opposition.

Dozens of protesters have occupied the grounds of the local United States Immigration and Customs Enforcement (ICE) office in Portland,.

They raised voice against the Trump administration's immigration policies and the separation of thousands of children from their parents at the US-Mexico border.