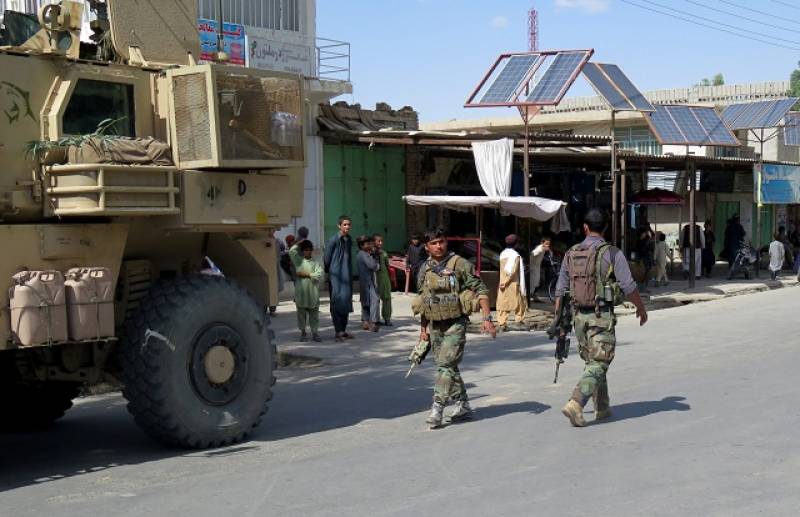 KABUL: Taliban militants killed at least 16 Afghan police and two civilians in western Badghis province after their three-day ceasefire for the Eid al-Fitr holiday ended at the weekend, officials said.

The Taliban, fighting to re-impose strict Islamic law after their 2001 ouster, resumed their campaign on Thursday after rejecting President Ashraf Ghani’s request to extend their ceasefire beyond Sunday.

On Wednesday, they killed at least 30 soldiers and captured a military base in Badghis.

A senior security official in Kabul said the Taliban were fighting to capture eight checkpoints in Badghis. On Thursday, they gained control over two checkpoints and ambushed arriving reinforcements.

Another government official, Mohammad Naser Nazari, said the Taliban had planted a bomb on the body of a soldier that exploded when people attempted to retrieve the bodies. Two civilians were killed.

No one immediately claimed responsibility for the most recent attack, but the Taliban are active in Badghis and have repeatedly claimed attacks against Afghan security forces there.

Ghani extended by 10 days his unilateral ceasefire, initially due to end on Wednesday. The Taliban observed a ceasefire over the three-day holiday but rejected the government’s request to extend it.

In the Spin Boldak area of the southern province of Kandahar, on the border with Pakistan, the Taliban attacked a road construction company compound late on Thursday, a local government official said.

They abducted 13 engineers and 20 security guards, the official said. Four security forces were killed when they tried to rescue the hostages, all Afghan nationals. The Taliban did not immediately comment on the attack.

Last month, seven Indian engineers and an Afghan national working for a power plant were kidnapped in Baghlan province in the north, prompting several private international companies to reduce their presence in Afghanistan.