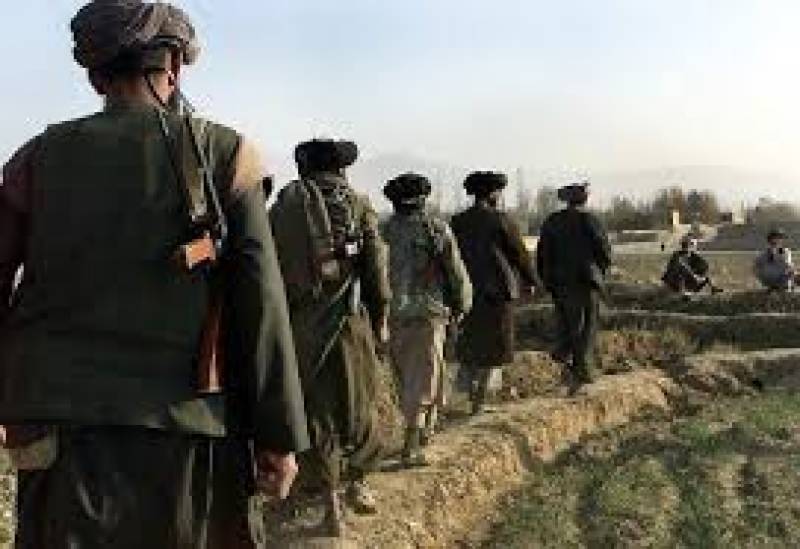 SHEBERGHAN: After capturing many areas in Khawaja Sabz Posh of Faryab province, the Taliban have besieged the district headquarters. The Taliban blocked all the routes leading from provincial capital Maimana city and Shirin Tagab district to Khawaja Sabz Posh. The stranded security forces have lost contact with the ground supply routes.

Taliban fighters attacked an Afghan National Army (ANA) checkpoint in Khawaja Qoshari Dwa Larai area in the district last night. The security forces abandoned the checkpoints located between the Jumma Bazaar of Khawaja Sabz Posh district and Kotal Kata Kam area in Maimana city. They believed that the central government was not providing any assistance to the stranded troops in the district. These areas slipped from the hands of government. Governor of Khawaja Sabz Posh, Abdullah Masoomi told Afghan media that the Taliban have captured the suburban areas of the district. Enough security forces existed in the district, he said.

They would fight the Taliban till the last drop of their blood, he vowed. It was learnt that the district and police headquarters and few checkpoints are currently under the control of the security forces. The remaining parts of the district have fallen into the hands of Taliban. The district could slip into the control of Taliban at any time. The Taliban have captured all the routes leading provincial capital Maimana city and Shirin Tagab district towards Khawaja Sabz Posh. They have cut off all the logistic supply routes towards the district. Meanwhile, Taliban spokesman Qari Muhammad Yousaf Ahmadi said that they have captured all areas of Khawaja Sabz Posh. The Taliban have besieged the district headquarters, he said. The Taliban would soon capture the entire district, he claimed. The defence ministry has not said anything in this regard so far. Faryab is one of the restive provinces of Afghanistan. Most parts of the province are under the control of Taliban. The local residents witness fierce gunfights in province every day. Fierce clashes have been occurring in Chal Gazi and Charshanba Bazaar areas in Qaisar district over the past three days. The district bazaar has been closed due to insecurity. Some shops have been torched in the crossfire between the two sides. Hundreds of families have left their homes for safer areas.