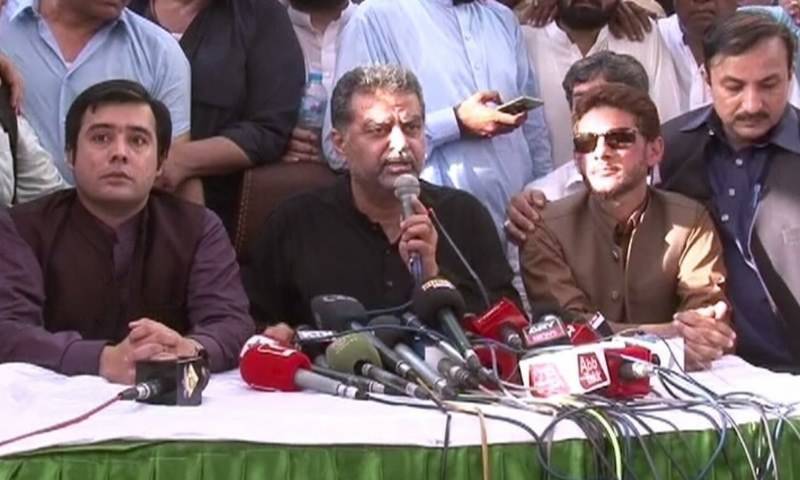 ISLAMABAD: Disgruntled PML-N leader Zaeem Qadri said the party had promised him a ticket from NA-133 but the ticket was given to someone who was not even a party worker.

“I have not met Nawaz Sharif in eight years despite my repeated requests,” he said.

Qadri said he was thankful to Abdul Aleem Khan and Imran Khan for inviting him to the PTI but he will contest elections independently.

“I will not join any political party,” he said.

In a press conference earlier today, Zaeem Qadri has parted ways with the PML-N and announced that he will contest election from NA-133 as an independent candidate.

Qadri, who was at loggerheads with Hamza Shahbaz over distribution of election tickets, lashed out at his former party leaders and said that he will not “polish Hamza Shahbaz’s shoes”.

“Lahore is not your or your father’s property,” the disgruntled PML-N leader said, referring to Hamza.

Qadri said that he will not bow down before Hamza. “I will show you how to do politics,” he said.

He went on to say that he is one of the ideological workers of the party but cannot tolerate what is being done to him. APP