Pakistan gives a strong message to US over fresh accusations against Islamabad
23 Jun, 2018 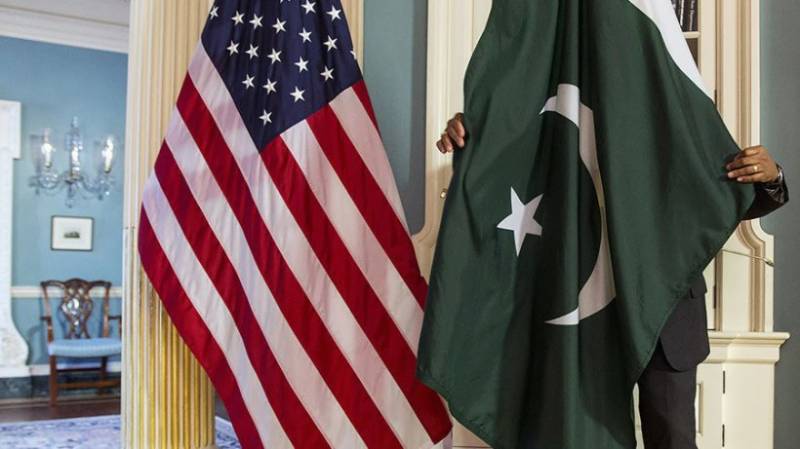 ISLAMABAD - Pakistan has told the United States that it had done enough against terror and being ‘on notice’ was unfair, diplomatic sources said.

Senior officials at the foreign ministry told The Nation that Pakistan had contacted the US and protested after Bureau of South and Central Asian Affairs Principal Deputy Assistant Secretary Alice Wells’ statement that Pakistan was still ‘on notice’.

One official said: “We have told the US that Pakistan had done enough against terrorism and it deserved medals rather than notices.” He added: “Washington has appreciated Pakistan’s role against terrorism but repeated the ‘do more’ mantra.”

Earlier, Wells said Pakistan was still on notice on the question of taking decisive action against terror outfits. She asked Pakistan to work towards elimination of all terrorist sanctuaries from its territory.

In an official testimony before the House Foreign Affairs Committee, Ambassador Wells said the US expects “unequivocal cooperation” in ending the sanctuaries of Taliban in Pakistan.

“Pakistan is on notice that we expect its unequivocal cooperation ending sanctuaries that the Taliban have enjoyed since the remnants of their toppled regime fled into Pakistan in 2001,” she said but added that Pakistan can play an important role in the Afghan peace process.

Well’s statement came after Pak-US relation showed signs of improvement. This month, Pakistan and the US agreed to jointly achieve common targets of peace and stability in Afghanistan and the region.

On June 7, US Vice president Mike Pence telephoned Caretaker Prime Minister Nasirul Mulk to discuss the bilateral ties and the regional situation. Both the leaders agreed to further strengthen bilateral relations between the two countries. They also agreed to achieve joint targets of peace and stability in Afghanistan, an official statement said.

Although there was no official word from the military about the telephonic interaction, yet officials said that Pompeo and Bajwa discussed the need for political reconciliation in Afghanistan.

The US has stepped up efforts seeking political reconciliation in Afghanistan after Afghan President Ashraf Ghani announced a ceasefire with the Taliban ahead of Eidul Fitr celebrated on June 16.

US State Department said Pompeo, who was the head of Central Intelligence Agency before his appointment as secretary of state, discussed “advancing US-Pakistani relations and the need for political reconciliation in Afghanistan.”

Only last month, the two countries had imposed tit-for-tat travel restrictions on each other’s diplomats suggesting a new low in their troubled ties.