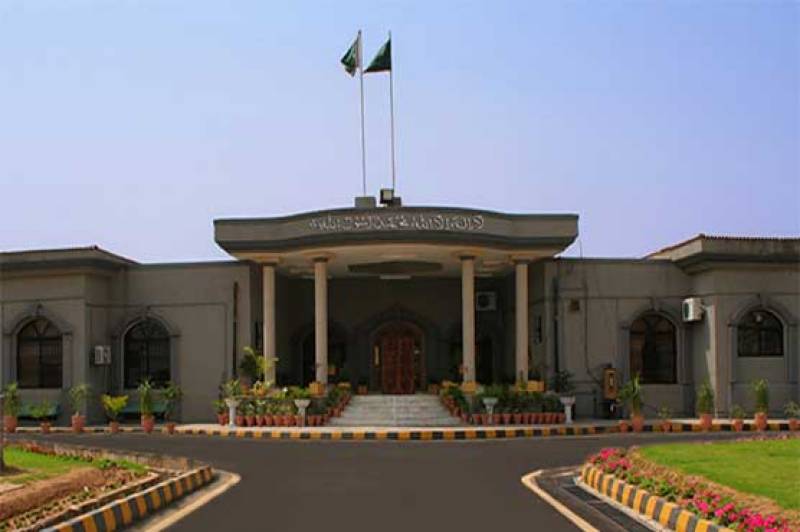 ISLAMABAD: The Islamabad High Court (IHC) on Friday directed Inter Services Intelligence (ISI) to clear the portion of Khayaban-i-Suharwardy in front of its headquarters in a week.

Hearing a petition against the encroachment on public land, Justice Shaukat Aziz Siddiqui observed that “neither any resolution has been passed by the Capital Development Authority (CDA) Board nor any formal permission accorded” to allow the spy agency to block the main road for security purposes.

Senior Joint Secretary, Ministry of Defence, Mohammad Younus Khan conceded that due to security reasons the road as well as a 40 kanal greenbelt had been blocked.

The spy agency closed the road a few years ago when terrorists were targeting important security installations.

According to the defence ministry official, there were enormous threats to the headquarters of the spy agency.

Therefore, a small portion of Khayaban-i-Suharwardy was closed and traffic diverted to Kashmir Highway as a part of preventive measures.

Justice Siddiqui remarked that there was no reason to block the public passage that too against the master as well as sector plans.

“If some security measures are required to be taken, the intelligence agency may take within its own territorial boundaries and not on the public place belonging to citizens.”

Even otherwise it is in the interest of the prestigious institution to remove the encroachment immediately, the court stated, adding the order should be executed “in a week till June 29, 2018, and in case order is executed by the enforcement directorate of CDA, same may infringe the reputation of the institution and bring a bad name to the country".

On March 14, the Supreme Court while taking notice of encroachments around two hotels had directed the CDA to submit a report on its anti-encroachment drives.