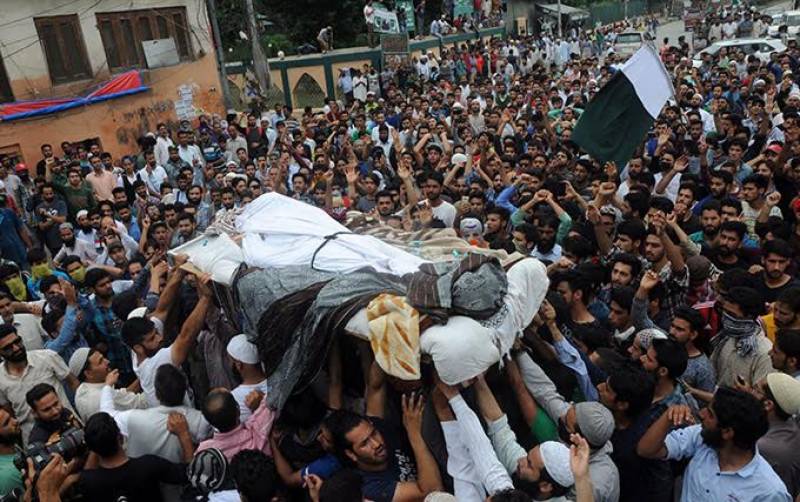 According to Kashmir Media Service, the troops also destroyed a residential house during a cordon and search operation in Srigufwara area of the district.

Massive protests erupted in Srigufwara, Islamabad, Pulwama, Srinagar, Sopore, Hajin and other areas against the killings. Indian police and troops fired pellets and teargas shells to disperse the protesters.

A spontaneous strike was observed in Islamabad and Pulwama districts against the killings.

The Chairman of Hurriyet Forum, Mirwaiz Umar Farooq, addressing the 55th Founding Day ceremony of his party appealed to the international community to take cognizance of the Indian brutalities on the people of the occupied territory and take steps towards settlement of the lingering Kashmir dispute.

In Brussels, speakers at a Kashmir seminar held at the European Parliament said, Kashmir is a very dangerous conflict between two atomic powers and it should be resolved for the peace and stability of the South Asian region.