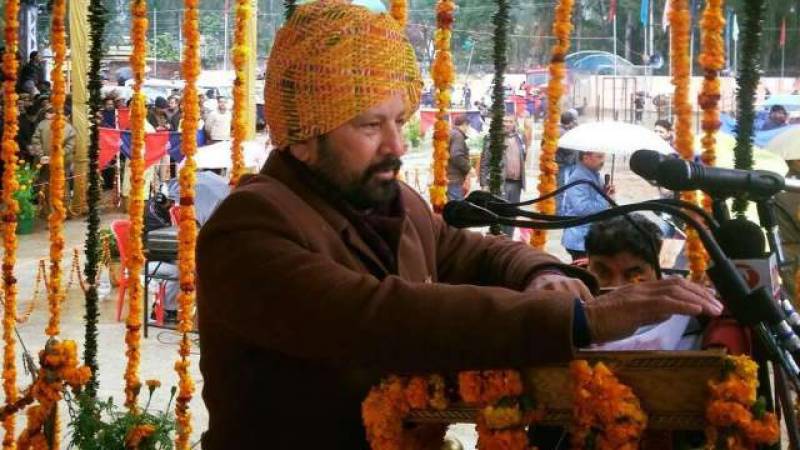 SRINAGAR - On Friday, BJP leader from Occupied Jammu and Kashmir Choudhary Lal Singh warned journalists, asking them to ‘mend their ways’ and even made a reference to the assassination of Shujaat Bukhari.

The forest minister in the PDP-BJP government <link>before he was asked to resign from the cabinet in April after participating in a rally supporting the accused in the rape and murder of a 8-year-old tribal girl in Kathua, said that journalists in Kashmir had created a ‘wrong atmosphere’.

In an apparent reference to Shujaat Bukhari, who was assassinated by gunmen on June 14, he was quoted saying by HT <link>: “Kashmir's journalists had created an unsavoury atmosphere. Now I will tell Kashmiri journalists to draw a line on the journalism you do and how you have to live. Do you have to live like what happened to Basharat, so that such a situation emerges?”

He added: “So mend your ways and draw a line, so that this brotherhood remains intact and there is progress.”

Basharat is a PDP leader who is Shujaat Bhukar's brother who was the law minister in the PDP-BJP alliance.

His statement drew a sharp rebuke from former J&K CM Omar Abdullah, who tweeted: “Dear journalists, your colleagues in Kashmir just got threatened by a @BJP4India MLA. It seems Shujaat’s death is now a tool for goons to use to threaten other journalists.”

Congress’ Randeep S Surjewala asked if BJP leaders had any ‘special knowledge of the assassination’.

He wrote on Twitter: “Shocking & reprehensible! BJP J&K MLA, Lal Singh openly threatens journalists to ‘fall in line & draw a line’. He horrifically says that otherwise they will meet the fate of Shujat Bukhari by naming his brother. Does BJP leaders have some special knowledge of the assassination?”

Lal Singh had once been in the news for threatening Gujjars of Kashmir, reportedly reminding them of the massacre of Muslims in Jammu after partition in 1947.

Bukhari, chief editor of Rising Kashmir, was assassinated when three bike-borne terrorists opened fired at him outside his office at press colony in Srinagar on June 14