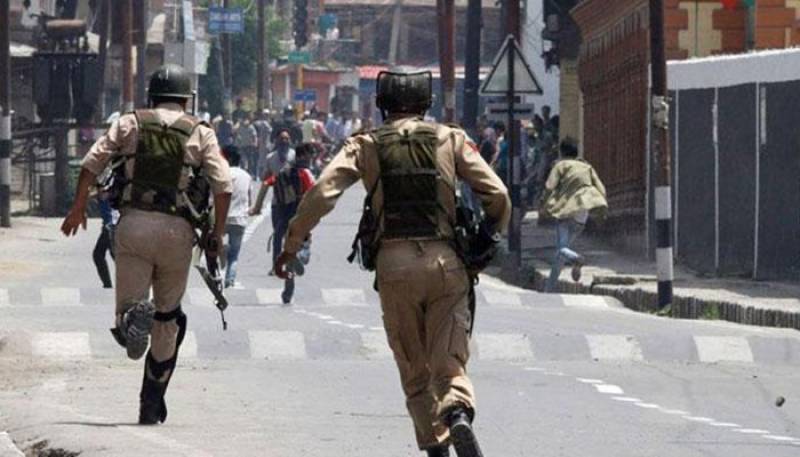 SRINAGAR: The Indian army has prepared a hit list to target citizens of Indian occupied Kashmir, according to reports in Indian media.

Indian occupational forces plan to implement 'Operation All Out 2.0'  against citizens of IoK, under which the Indian army will execute 21 citizens on the first hit list.

The Indian occupational forces have also formulated a strategy banning processions and funerals in the occupied valley, said the reports, adding that the Indian army plans to take possession of the bodies of the deceased.

A June 14 report by the United Nations accused India of having used excessive force in IoK to martyr and wound civilians since 2016, as it called for an international inquiry into the accusations of rights violations.

Activists estimate that up to 145 civilians were martyred by Indian security forces and up to 20 civilians martyred by armed groups during the same period.

On Friday, five people were martyred and dozens, including a woman, were injured by Indian forces in IoK's Anantnag district. In retaliation, protests erupted in the area against the cordon and search operation and subsequent killings.

Earlier this week, three Kashmiri youths were martyred by the Indian forces during a siege and search operation in Tral area of Pulwama district. The forces also bombed a residential house in the vicinity.

On Thursday, Foreign Office spokesperson Dr Muhammad Faisal said, "We condemn Indian continued and unabated atrocities at the hands of Indian occupation forces, which continued with impunity during the holy occasion of Eid."

Pakistan has expressed its willingness for a Commission of Enquiry to visit both Azad Jammu and Kashmir and IoK. However, India has continued to back out of the deal.