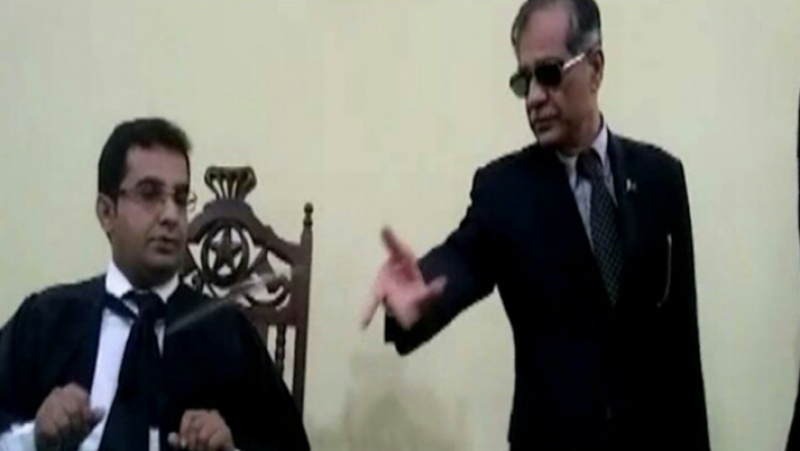 ISLAMABAD - Chief Justice of Pakistan (CJP) Mian Saqib Nisar, expressing his displeasure, picked up and threw the cell phone of a local judge after admonishing him for using the electronic device during court hours.

On a visit to Larkana’s Chandka hospital, Justice Nisar also visited different sessions courts in the city to observe their hearings and proceedings.

On his round of court III, Justice Nisar grabbed a judge’s phone and flung it on his table. He then asked the judge of the number of cases he had heard since the morning, to which the additional judge replied with three. At this, Justice Nisar remarked that if the judicial process was so slow, how provision of justice could be ensured.

“Where are Sindh and Pakistan going? What are you doing for the cases of missing persons? Wrap up these cases swiftly, the judicial system is ashamed,” he added. Separately, Justice Nisar met with different members of the lawyer fraternity and clarified to them that he will not be harassed by their protests and strikes.