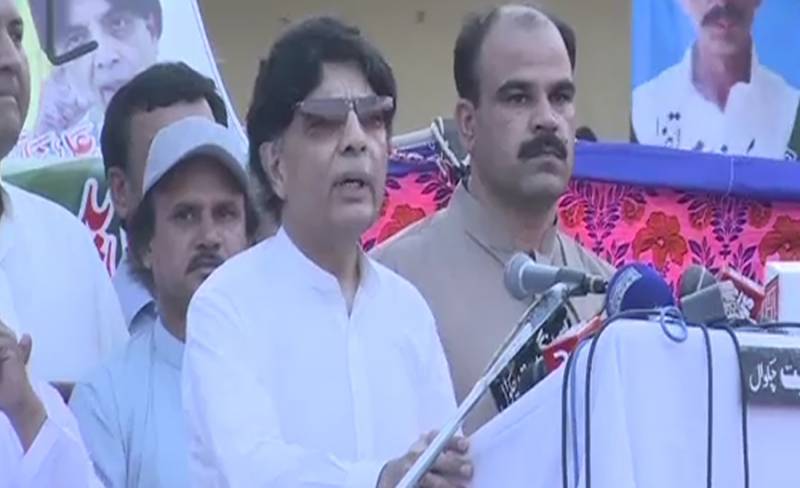 ISLAMABAD – PML-N leader Ch Nisar has said that all eyes in the country will be on his election.

Addressing a public meeting in Chak Baili Khan on Saturday, he said: “These are signs of the doomsday that Musharraf’s supporters are fulfilling Nawaz Sharif’s standard of loyalty,” he said.

Ch Nisar said that he will make his opponents helpless whether they hold the ticket or not. “I had come to convince you, but you convinced me,” he added.

He said that he is not facing a tough time. “I did politics with respect. I neither got a weapon license nor got a petrol pump,” he declared.

The estranged PML-N leader made it clear that he does not need a ticket.

He said that it is a historic election. “I invite my opponents to join the convoy,” he added.