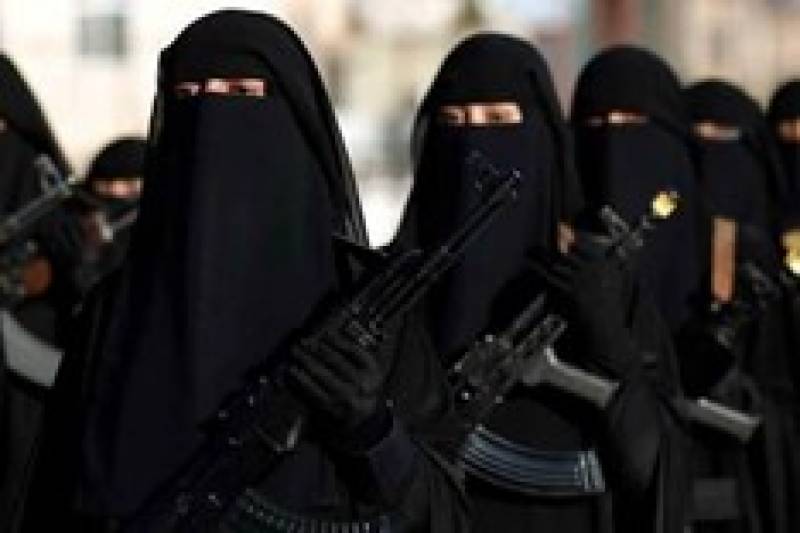 LONDON - Moroccan-origin Islamic State supporter behind the UK’s first all-female terrorist attack plot has been sentenced to life imprisonment with a minimum term of 16 years behind bars. Rizlaine Boular’s Morocco-born mother Mina Dich was handed six years and nine months, plus five years on extended licence or monitoring, after she admitted helping her 22-year-old daughter in her sinister plans.

Khawla Barghouthi, a friend of Boular’s who admitted knowing about the plans to launch a knife attack in London’s political hub of Westminster, was sentenced to two years and four months in jail. After her sentence, the 21-year-old faces deportation to Tunisia after a recorded conversation revealed that Barghouthi did believe her friend intended to go ahead with the violence and yet did nothing to put her off. Play Video 53m

The Fear That Has 1,000 Eyes: Cities in the Age of Terrorism

Each recent terrorist attack has led to an increase in security: new laws, surveillance of individuals, trade and financial transactions, more cameras, biometric scanning, ever-expanding security architecture. When will the next attack take place? ADVERTISEMENT

Boular had planned to stab random members of the public around the Palace of Westminster causing widespread panic, injury and death in April last year, the Old Bailey court in London was told last week. The mother-of-one adopted the plot from her sister Safaa Boular, 18, who was in custody over an attempt to become a jihadi bride in Syria the year before. Rizlaine Boular, who had earlier pleaded guilty to preparing acts of terrorism, practised for the knife attack as her conversation was bugged by the UK security services at her friend Barghouthi’s home, ‘Daily Mirror’ reported.

When armed police arrived to arrest them, Boular shouted at the officer who shot her, thinking she had something in her hand. “I did not believe the person I was with was actually going to go through with anything. When I read the transcript I was horrified how it sounds. What I can say, at the time it was extravagant talk and very stupid fooling around,” Barghouthi told the court in her defence. But passing the sentence Judge Mark Dennis said he was convinced she knew Boular was serious and did nothing to alert authorities or try and dissuade her from going ahead with her plans. He said she “failed to disclose information about an imminent attack in which a knife would be used to endanger the life of multiple individuals”. ADVERTISEMENT

“There is no reason, in my view, to doubt that Rizlaine Boular intended to carry out her violent action, even at the cost of her own life,” he noted. Safaa Boular – believed to be Britain’s youngest female ISIS terror plotter – will be sentenced at a later date after she was found guilty of preparing terrorism in the UK and Syria.