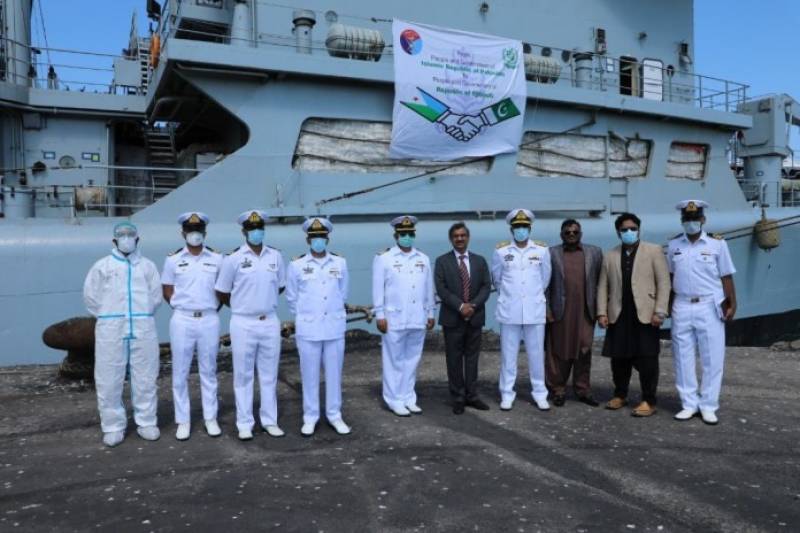 President Assemblee Nationale of Republic of Djibouti Mohamed Ali Houmed welcomed the visit of PNS “NASR” to Djibouti and thanked the Government of Pakistan for the support.

“NASR” is a replenishment ship serving Pakistan Navy since 1987.

The PNS NASR was received by Shozab Abbas, Ambassador of Pakistan accredited to Republic of Djibouti, based in Addis Ababa, Ethiopia.

The two sides discussed matters of mutual interests and contributions of Pakistan’s Peacekeepers in strengthening peace and stability in Africa.

The ambassador hosted a banquet in honor of visiting Pakistani Naval officers, which was attended by senior Djiboutian politicians, Navy officers, diplomats and leading Pakistani businessmen based in Djibouti.