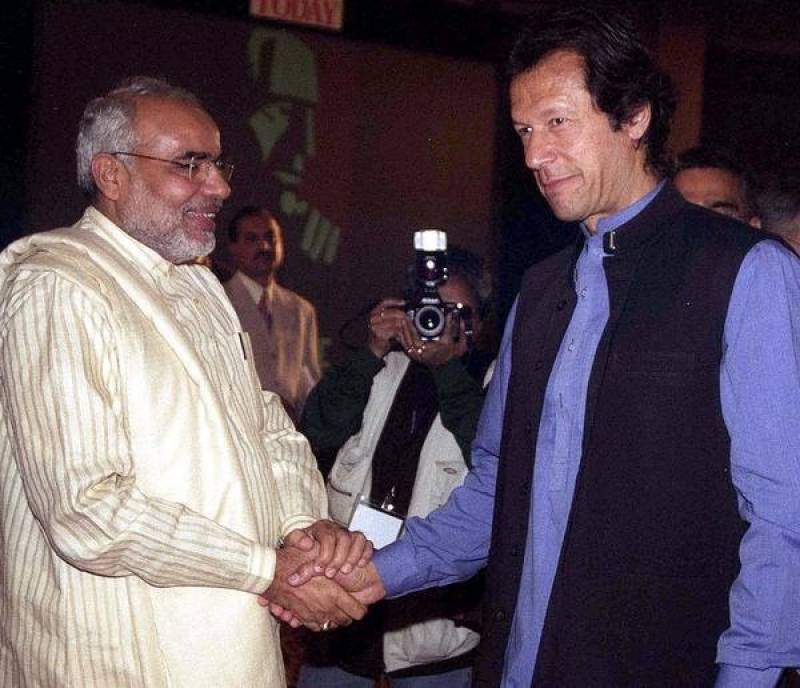 While addressing a gathering at Rajasthan’s Tonk, Modi said, “When Pakistan got a new prime minister, I congratulated him. Imran Khan had said to me that he was son of a Pathan and will stand by his words.”

“We also discussed to fight together against poverty and illiteracy,” he added.

The reaction of Indian PM came after Imran Khan’s address to the nation in which he said that India blamed Pakistan for the bombing without any evidence.

Imran Khan told India to leave its “judge, jury and execution” approach. “War is easy to start but difficult to end as it does not remain in human hands afterwards. It is not a sane approach to start a war,” he said.

He said Pakistan has no benefit in conducting such operations, especially when Islamabad was planning to sign historic deals with Saudi Arabia upon the visit of Crown Prince Mohammed bin Salman.

“Only a fool would do such a thing to sabotage the visit of the crown prince. Pakistan is going towards stability and fighting against terrorism,” he added.

Indian government had blamed Pakistan for Pulwama attack and threatened to isolate it at international level.

Indian Prime Minister Narendra Modi said those behind the terror attack would pay a “very heavy price” and had made a “huge mistake”.

Union Minister Arun Jaitley said they will take all possible diplomatic steps to ensure “complete isolation” of Pakistan and has withdrawn Most Favoured Nation status to the country.

Foreign Minister Shah Mahmood Qureshi wrote a letter to the UN Secretary General. “It is with a sense of urgency that I draw your attention to the deteriorating security situation in our region resulting from the threat of use of force against Pakistan by India.” the Foreign Minister stated.

He said the Pulwama attack on Indian Central Reserve Police Force was ostensibly and even by Indian accounts carried out by a Kashmiri resident of Indian Occupied Kashmir. Attributing it to Pakistan even before investigations is absurd.

“For domestic political reasons, India has deliberately ratcheted up its hostile rhetoric against Pakistan and created a tense environment. It has also hinted that it may abandon the Indus Waters Treaty. This would be a grievous error.”

At least 44 Indian paramilitary soldiers were killed on Thursday in Indian-occupied Kashmir in one the deadliest attacks. The attack saw explosives packed inside a van rip through buses in a convoy of 78 vehicles carrying some 2,500 members of the paramilitary CRPF.

Two blue buses carrying around 35 people each bore the brunt of the massive blast, heard miles away, around 20 kilometres (12 miles) from the city of Srinagar on the main highway to Jammu.

Kashmir has been divided between India and Pakistan since independence. Rebels have been fighting for an independent Kashmir, or a merger with Pakistan, for 30 years.

Last year was the deadliest in a decade, with rights monitors saying almost 600 Kashmiri people died, most of them civilians. Thousands more have been maimed in recent years by pellet-firing shotguns used by Indian forces.