India to decide between dialogue or dagger: Punjab Governor
23 Feb, 2019 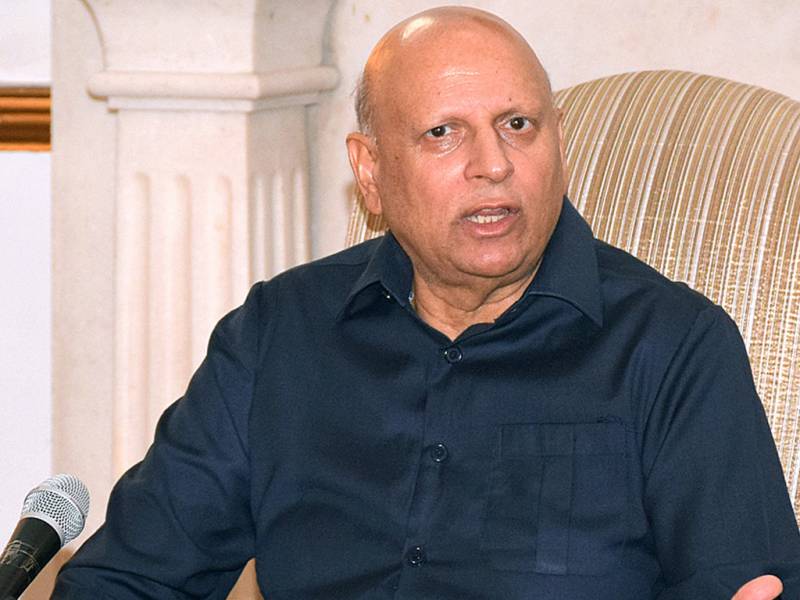 LAHORE: Punjab Governor Chuadhry Muhammad Sarwar said that Pakistan would not compromise on Kashmir issue and it was upto the Indian government to decide whether it wanted dialogue or a war.

During separate meetings with a foreign delegation led by Commonwealth Parliamentarian UK Saeeda Warsi and PCB Chairman Ehsan Mani at the Governor's House here, he said the government and the parliament were on the smae page in the larger national interest today, adding that Pakistan had always worked for peace and resolution of issue through dialogue.

Governor Punjab Ch Sarwar said Indian government had become war-maniac, adding that the war hysteria would bring about its downfall.

He said the decisions of the National Security Committee were reflective of the national aspirations, adding that it was responsibility of the international organizations to play their role for the resolution of Kashmir dispute in the light of the United Nations (UN) resolutions.

Sarwar said voice of the Kashmiris could not be silenced through baton and bullet, adding that Pakistan was a peace-loving country which had rendered innumerable sacrifices in the war against terror.

"Despite war hysteria by India, Prime Minister Imran Khan has asked India to the dialogue table but India is stubborn," he said, adding that Pakistan would give a stern reply to India in case it resorted to some mischief.