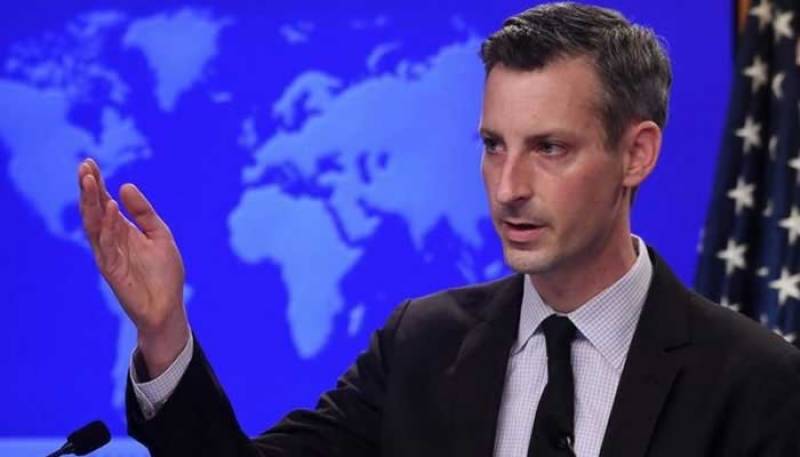 ISLAMABAD: Terming the terrorism case against PTI Chairman Imran Khan a “matter for the Pakistani legal and judicial system", US State Department Spokesperson Ned Price refused to comment on the issue.

During a State Department press briefing, the spokesperson was asked if he had any reaction to the charges that were brought against former prime minister Imran Khan under an anti-terrorism law because of a speech that he made where he spoke about two senior police officials and a female judge, Ned Price replied that they were aware of the reports about the charges.

The US spokesperson maintained that they support the peaceful upholding of democratic, constitutional, and legal principles in Pakistan and around the world.

The PTI chairman is facing a terrorism case over the controversial remarks he made during a rally in Islamabad staged to show solidarity with Shahbaz Gill who was arrested after a sedition case was filed against him.