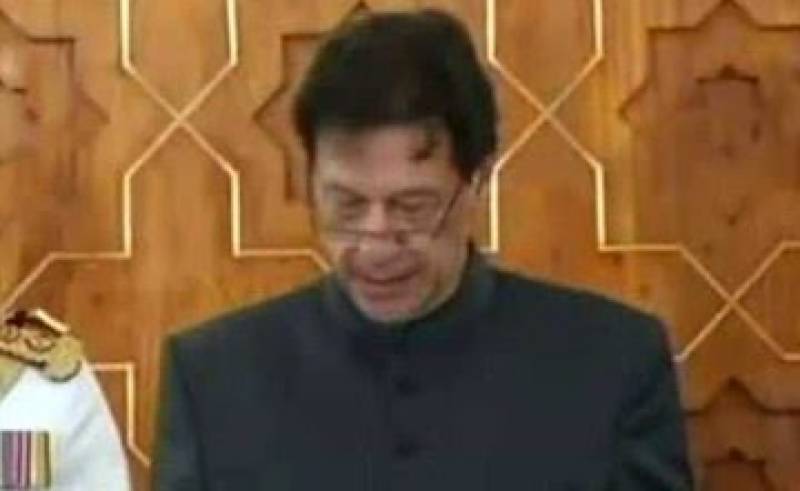 *ISLAMABAD - Tensions with Afghanistan, faltering relations with the US, and chronically poor ties with India. Pakistan today stands isolated, observers say, and bringing it back into the fold is a formidable task for its new premier Imran Khan.*

“We have a very big foreign policy challenge right now. If there is one country that needs peace and stability right now, it’s Pakistan,” the former cricket champion said in his victory speech after last month’s election.

Achieving that is not likely to be easy for the first-time PM and foreign affairs novice who Saturday took the reins of a country that has been widely accused of stoking regional insecurity by backing extremists — claims Islamabad has repeatedly denied.

Ties with the US cooled further in January when President Donald Trump accused Pakistan of “lies” and “duplicity” in the war on terror, suspending military assistance worth hundreds of millions of dollars.

Khan has repeatedly blamed Pakistan’s participation in the US-led anti-terror campaign for the surge in terrorism on home soil over the last decade.

Now as premier, in a tone noticeably softer than his earlier anti-US comments, Khan has said he wants a “balanced relationship” instead of “fighting America’s war” in exchange for aid.

Khan has long advocated a negotiated settlement with Islamist insurgents, a commitment that led to criticism that he is soft on militants and earned him the nickname “Taliban Khan”.

If not in Washington, he may find a sympathetic ear in Kabul.

Afghan President Ashraf Ghani has also been pushing for talks with the Taliban, and offered a new, conditional ceasefire on Sunday.

“Imran Khan is very well positioned in building trust again with Afghanistan,” observed Huma Yusuf, an analyst at the Wilson Center in Washington. “He is seen as a fresh face with a credible voice.”

But given the current freeze with Washington, said Yusuf, Pakistan’s “drift from the US camp to the China camp will continue”.