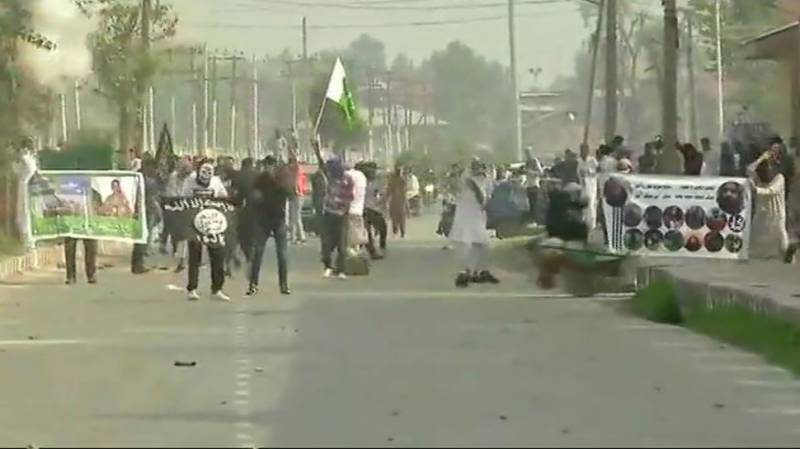 The incident took place on Wednesday after the city residents gathered together for morning namaz at a mosque on Eid.

Later, massive clashes broke out between the security forces and protestors.