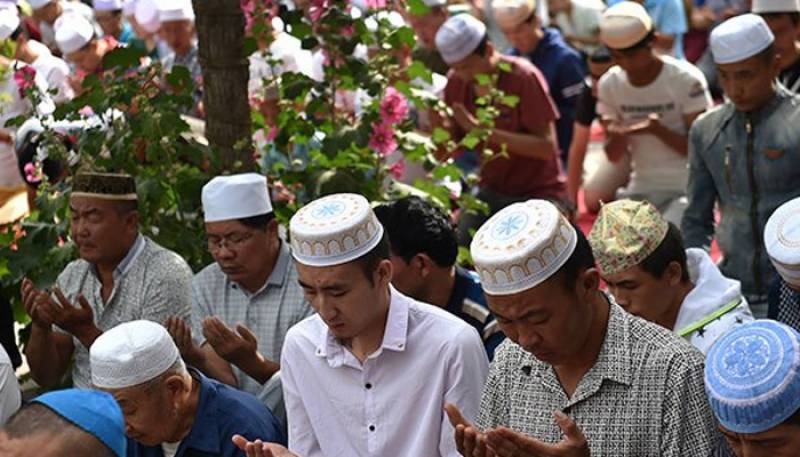 BEIJING - Pakistani community along with millions of Muslims in China celebrated Eidul Azha on Wednesday with great religious fervour and enthusiasm to commemorate the supreme sacrifice of Hazrat Ibrahim (AS) and his son Hazrat Ismael (AS).

The Imam of the mosque in his Eid sermon highlighted the importance of the sacrifice and prayed for the solidarity and prosperity of Pakistan.

The biggest Eid congregation was held at Niujie Mosque, the oldest and largest mosque in the Chinese capital where around 10,000 local Muslims, expatriates and students from Muslim countries, including Pakistan, Afghanistan, Indonesia and Malaysia, offered the prayers.

Muslims in the Xinjiang Uygur autonomous region, Gansu province, Qinghai province and other parts of the country also celebrated the festival of sacrifice.

China is home to about 20 million Muslims from more than 10 ethnic minorities.