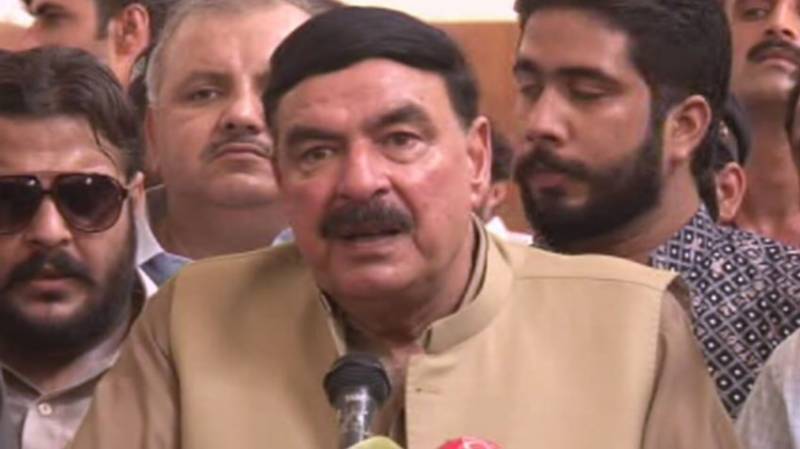 ISLAMABAD - Minister for Railways Sheikh Rashid has said the government is committed to eliminate corruption from Pakistan Railways.

Talking to media in Rawalpindi on Thursday afternoon, he said Pakistan Railways is facing deficit of 40 billion rupees which will be ended as per directions of Prime Minister Imran Khan.

He said that that any form of corruption will not be tolerated and employees involved in corruption will be handed over to National Accountability Bureau. He said full cooperations will be provided to the NAB in this regard.

The minister announced that 31 railway stations will be upgraded across the country and double track will be laid from Peshawar to Lahore.

He said that we will plant trees on both sides of the track across the country to secure the track.

The Minister invited private companies to brand rail cabins with their product advertisements as railways tracks are available for rent.

He said that all profitable trains will be restored.

He asked that people who had illegally occupied lands of Pakistan Railways should vacate it and this issue will be discussed the cabinet meeting.

Sheikh Rashid announced that 5,000 houses will be built for grade-4 railway employees.