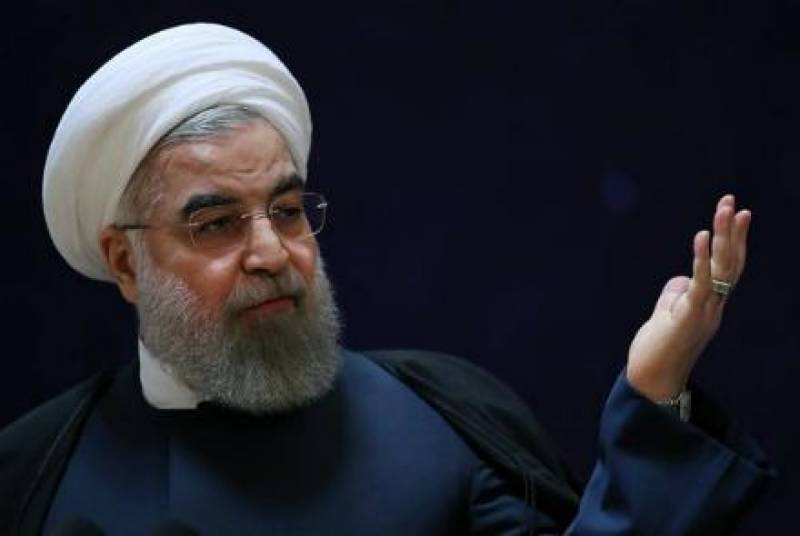 TEHRAN - Iranian President Hassan Rouhani said on Tuesday the country had to develop its military forces to prevent other states taking over its territory and resources.

“We should make ourselves ready to fight against the military powers who want to take over our territory and our resources,” Rouhani said in a speech broadcast live on state television on National Defense Industry Day.

This came after Iran unveiled a new fighter jet on Tuesday, state media reported, as tensions rise between Tehran and regional rivals over conflicts in the Middle East.

State television showed live pictures of a ceremony in Tehran in which the fighter jet flew in the presence of President Hassan Rouhani, a day before the country’s National Defense Industry Day.

Iran has sent weapons and thousands of soldiers to Syria to prop up President Bashar al-Assad in the country’s seven-year-long civil war. However, due to the lack of a powerful air force Iran asked Russia to provide air power.

Iran’s air force has been limited to perhaps a few dozen strike aircraft using either Russian or aging US models acquired before the 1979 Iranian revolution.

Iran unveiled in 2013 what it said was a new, domestically built fighter jet, called Qaher 313, but some experts expressed doubts about the viability of the aircraft at the time.