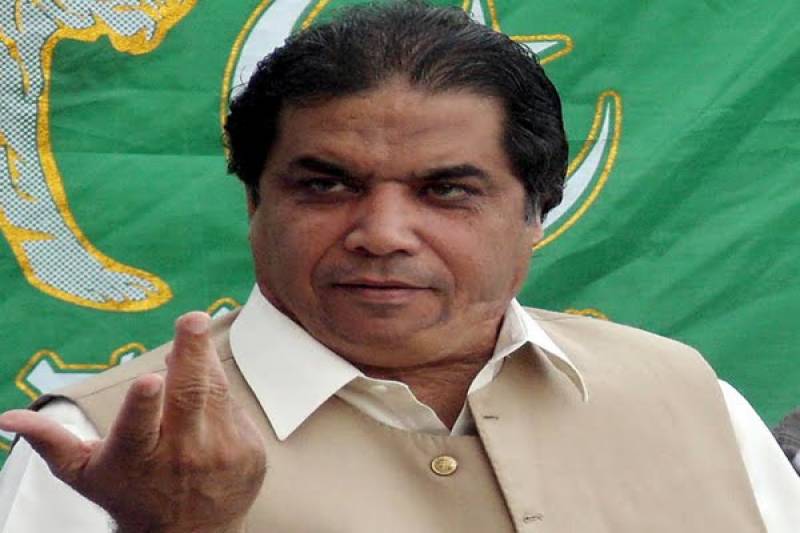 He has been shifted to the coronary care unit (CCU) of Rawalpindi Institute of Cardiology (RIC) as his condition worsened on Thursday.

The PML-N leader, who has been incarcerated in Adiala jail, was shifted to RIC on Monday after he complained of chest pain and a stent was placed in his artery.

A team of doctors is currently examining Abbasi, sources said.

Meanwhile, police officials said, "RIC’s VIP ward has been declared a sub-jail and no one is allowed to meet the PML-N leader."

"Jail police has been deployed at the CCU and VIP ward," the officials added.

Abbasi was sentenced to life imprisonment by the Control of Narcotics Substances (CNS) court in the ephedrine quota case on July 22. The PML-N leader faced charges of misusing 500kg of the controlled chemical ephedrine which he obtained for his company, Gray Pharmaceutical, in 2010.