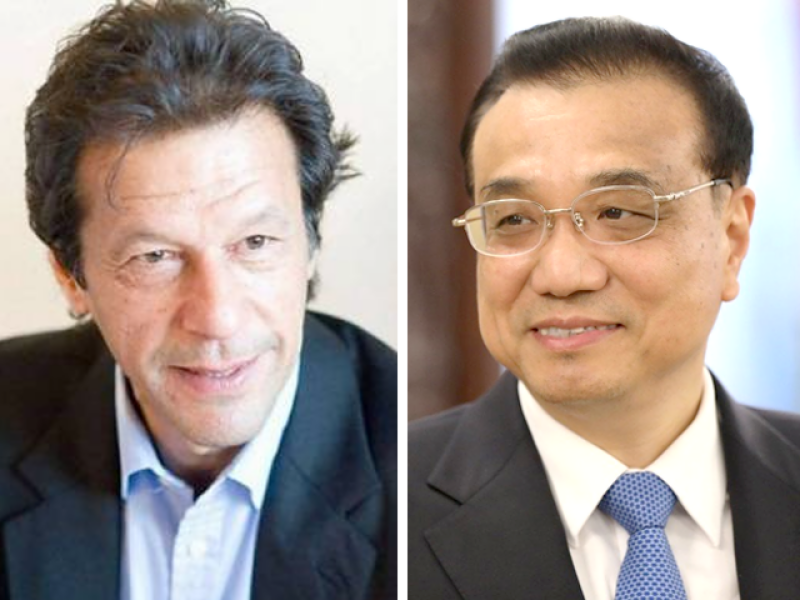 According to CGTN, the Chinese premier congratulated Imran Khan on taking office as Pakistani prime in a telephonic conversation.

The two countries have enjoyed a strong strategic cooperative partnership and bilateral ties withstood the test of time, including a changing international scene, Li said.

The Chinese premier said China appreciates Pakistan’s great efforts in safeguarding the CPEC related projects and believes that Pakistan will continue to take measures to guarantee the safety of Chinese personnel and institutions in the country.

China is willing to strengthen cooperation in various fields with Pakistan, import more competitive and high-quality products from Pakistan and facilitate a balanced development of trade to bring more benefits to the two peoples, Li added.

For his part, Imran Khan said the Pakistani people have a profound friendship with the Chinese people.

China always stood on the Pakistani side when Pakistan was at its most difficult moments, he said, adding that the new Pakistani government is willing to forge stronger relations than ever with the Chinese side.

The Pakistan-China Economic Corridor brings new development opportunities for Pakistan, and the country will continue to promote its construction and take the strictest precautions to ensure the safety of Chinese personnel and projects, he said.