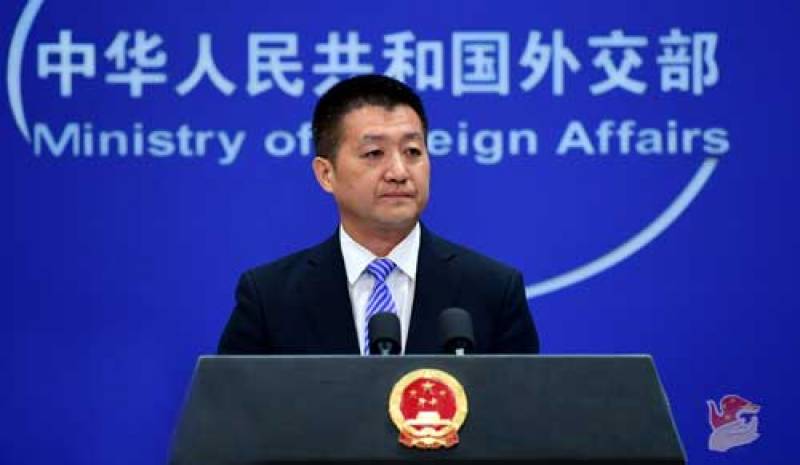 China says improvement and development of bilateral relations between Pakistan and India are crucial to peace, stability, and prosperity in the region.

This has stated by Chinese foreign ministry’s spokesperson Lu Kang said during his regular briefing in Beijing.

He said that as a common neighbour of Pakistan and India, China firmly supports Pakistan and India to strengthen dialogue, enhance mutual trust, properly control and resolve differences, and work together for regional peace and development.

The spokesperson also expressed desire that China continue to play its positive and constructive role in improving relations between Pakistan and India.

When asked to comment on the new developments in the current Pakistan-India relationship in the backdrop of Indian Prime Minister Narendra Modi’s letter to Prime Minister Imran Khan in response to his remarks about India during his victory speech after general election, he said, we have noticed relevant reports and welcomed the positive attitude of the Pakistani and Indian leaders in improving bilateral relations.