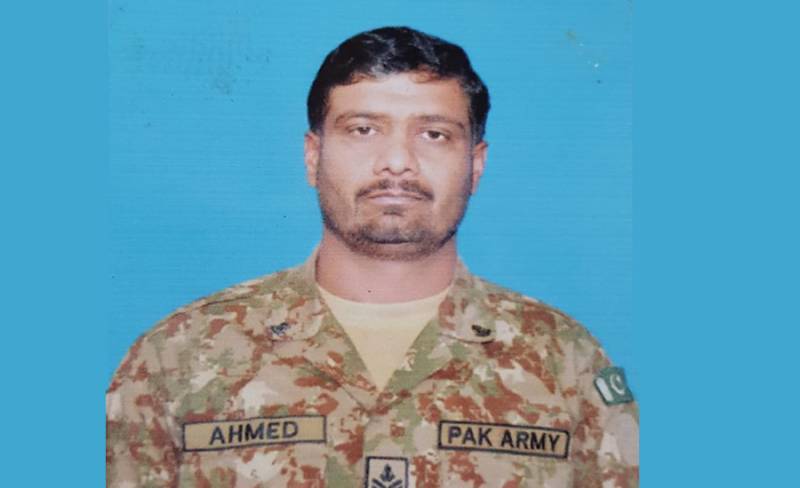 RAWALPINDI – A soldier was martyred and three others injured in an improvised explosive device (IED) blast attack on an Pak Army bomb disposal team near Dand Kaly in North Waziristan.

According to the ISPR, the team was on a routine search and clear operation as part of the Operation Raddul Fassad when the blast occurred.

Havildar Ahmed Khan, 38, belonged to Mianwali. He is survived by a widow, a son and two daughters.