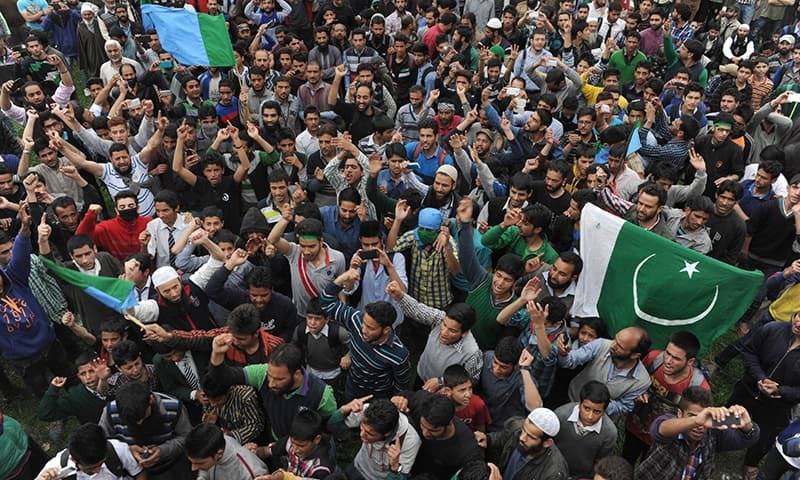 SRINAGAR: In occupied Kashmir, Eid–ul-Azha, today, was marked by anti-India, pro-Pakistan and pro-liberation demonstrations in Srinagar and other parts of the territory.

Despite stringent restrictions by the authorities, immediately after Eid prayers, people in large numbers took to the streets and shouted high-pitched slogans.

Thousands of people led a march and hoisted Pakistan’s flag in Kishtwar town of Jammu region.

The United Resistance Leadership comprising Syed Ali Gilani, Mirwaiz Umer Farooq and Muhammad Yasin Malik expressed serious concern over the use of brute force against the demonstrators and worshippers.

They denounced the occupation authorities for the plight of political prisoners languishing in different jails of the occupied territory and India.

The Joint Resistance leadership said that many people have been kept behind the bars for years together and those booked by Indian agencies like the Enforcement Directorate and the National Investigation Agency were being kept in solitary confinement and deprived of medical facilities.

They said that on one hand, New Delhi is employing ploys to change the Muslim majority character of the territory by trying to roll back state subject laws while on the other, so-called legal notices and summons are being sent to the resistance leaders to push them into submission.