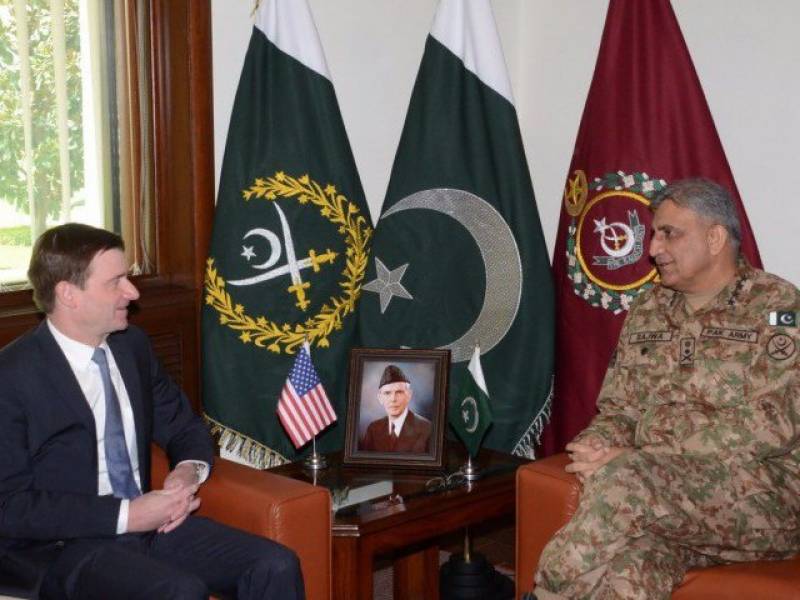 A day after Donald Trump accused Pakistan of ‘harbouring terrorists’, US ambassador David Hale sought on Wednesday Islamabad’s help to resolve the crisis in war-torn Afghanistan.

According to the Inter-Services Public Relations (ISPR), Hale called on Chief of Army Staff General Qamar Javed Bajwa at GHQ in Rawalpindi to brief him on the new US policy on Afghanistan and South Asia.

“The ambassador said that the US valued Pakistan’s role in the war against terror and is seeking cooperation from Pakistan to resolve the Afghan issue,” the military’s media wing said in a statement.