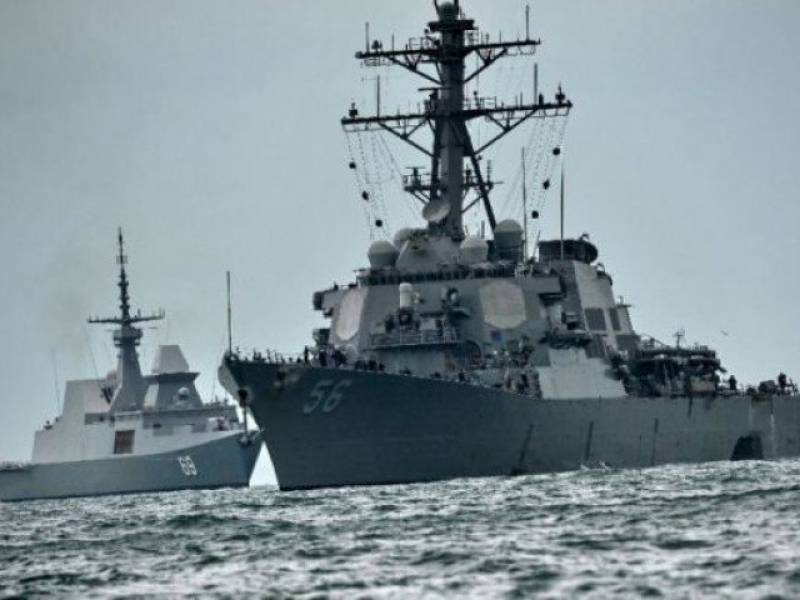 TOKYO: The US Navy confirmed Wednesday it had sacked the commander of its Seventh Fleet after a deadly collision between a destroyer and a tanker off Singapore, the latest of several accidents involving an American warship in Asian waters.

Vice Admiral Joseph Aucoin was relieved “due to a loss of confidence in his ability to command”, a navy statement said.

The navy is undertaking a fleet-wide global investigation after Monday’s incident involving the USS John S. McCain, which left 10 sailors missing and five injured after a gaping hole was torn in the warship’s side.

The Seventh Fleet, headquartered at Yokosuka in Japan, is the centrepiece of the US military presence in Asia, undertaking sensitive missions such as operations in the South China Sea and around the Korean peninsula.

Aucoin, who had held the post since September 2015, had been in the navy for almost four decades and US media reports said he had been due to retire in weeks.

He was replaced by Rear Admiral Phil Sawyer.

Monday’s accident was the second fatal collision in two months — both involving ships from the Seventh Fleet — after the USS Fitzgerald collided with a cargo vessel off Japan in June, leaving seven sailors dead.

There have been four accidents in total in the Pacific this year involving American warships, sparking concerns the US Navy could be overstretched as it tackles China’s rising assertiveness and North Korea’s nuclear ambitions.

The latest happened before dawn in busy shipping lanes around the Strait of Singapore, leaving a big hole in the hull of the warship and flooding it with water.

A massive search involving planes and aircraft was launched and US Navy divers joined the hunt Tuesday, scouring the ship’s flooded compartments.

The divers had found remains of some of the sailors, the commander of the US Pacific Fleet, Admiral Scott Swift, said Tuesday without giving further details.

Malaysian authorities, which have deployed 10 ships and two helicopters for the search, also said they found a body and a US Navy helicopter collected it on Wednesday.

Five countries — the US, Singapore, Malaysia, Indonesia and Australia — are now involved in the search covering an area of about 2,600 square kilometres (1,000 square miles).

The accident happened as the McCain headed for a routine stop in Singapore after carrying out a “freedom of navigation operation” in the disputed South China Sea earlier in August, sparking a furious response from Beijing.

On Monday the Chief of US Naval Operations Admiral John Richardson ordered commanders within a week to set aside time, perhaps “one or two days,” for crews to sit down together for discussions.

A “comprehensive review” of practices would also begin.

The admiral did not rule out some kind of outside interference or a cyber-attack being behind the latest collision, but said he did not want to prejudge the inquiry. His broader remarks suggested a focus on “how we do business on the bridge.”

The damaged vessel is named after US Senator John McCain’s father and grandfather, who were both admirals in the US navy.

The tanker involved in the collision, which was used for transporting oil and chemicals and weighed over 30,000 gross tonnes, sustained some damage but no crew were injured and it did not leak oil.